In 2008, the Australian Religious Response to Climate Change (ARRCC) was established – the first national organisation focused on multi-faith environmental action. Each year, ARRCC continues to increase the scope of our work – in proud partnership with individuals and faith-based groups around Australia. We measure our success by the number of people of faith we can empower to help create a sustainable future.

Achievements at a glance

Recognising the ethical motivation religion provides for environmental action, the Climate Institute provided the initial funding to establish an autonomous multi-faith climate network. In 2008, ARRCC was launched at a ceremony at al-Ghazzali Centre for Islamic Sciences and Human Development in Lakemba, Sydney.

While we now operate independently, we retain a strong relationship with the Climate Institute – one of our sponsors.

Support for our work continues to grow. ARRCC is proud of our network of supporters and over 140 formal members, including 35 faith-based organisations. Around 1,000 people have asked to receive our monthly e-newsletter.

As debate continues on the best way forward to curb climate change, ARRCC offers governments a faith-based perspective and speaks out for strong action.

Policy positions - ARRCC's policy positions were most recently updated in 2015, in consultation with members and stakeholders. On the whole, our positions have been more aligned with the requirements of climate science and social justice than those of some other environmental organisations, which have preferred to put forward recommendations which are more politically palatable.

Driving reform – ARRCC takes opportunities to contribute to government reforms that will contribute to a safer climate future. Examples include our submissions to

From time to time we publish open letters, signed by various leaders in faith communities. Some of these are quite prominent. The Grand Mufti, the Primate of the Anglican Church in Australia, the Presidents of faith-based peak bodies and other most respected faith leaders have joined their voices to our public calls for climate action.

We encourage our members to write letters and we have organized for religious leaders to visit Members of Parliament. 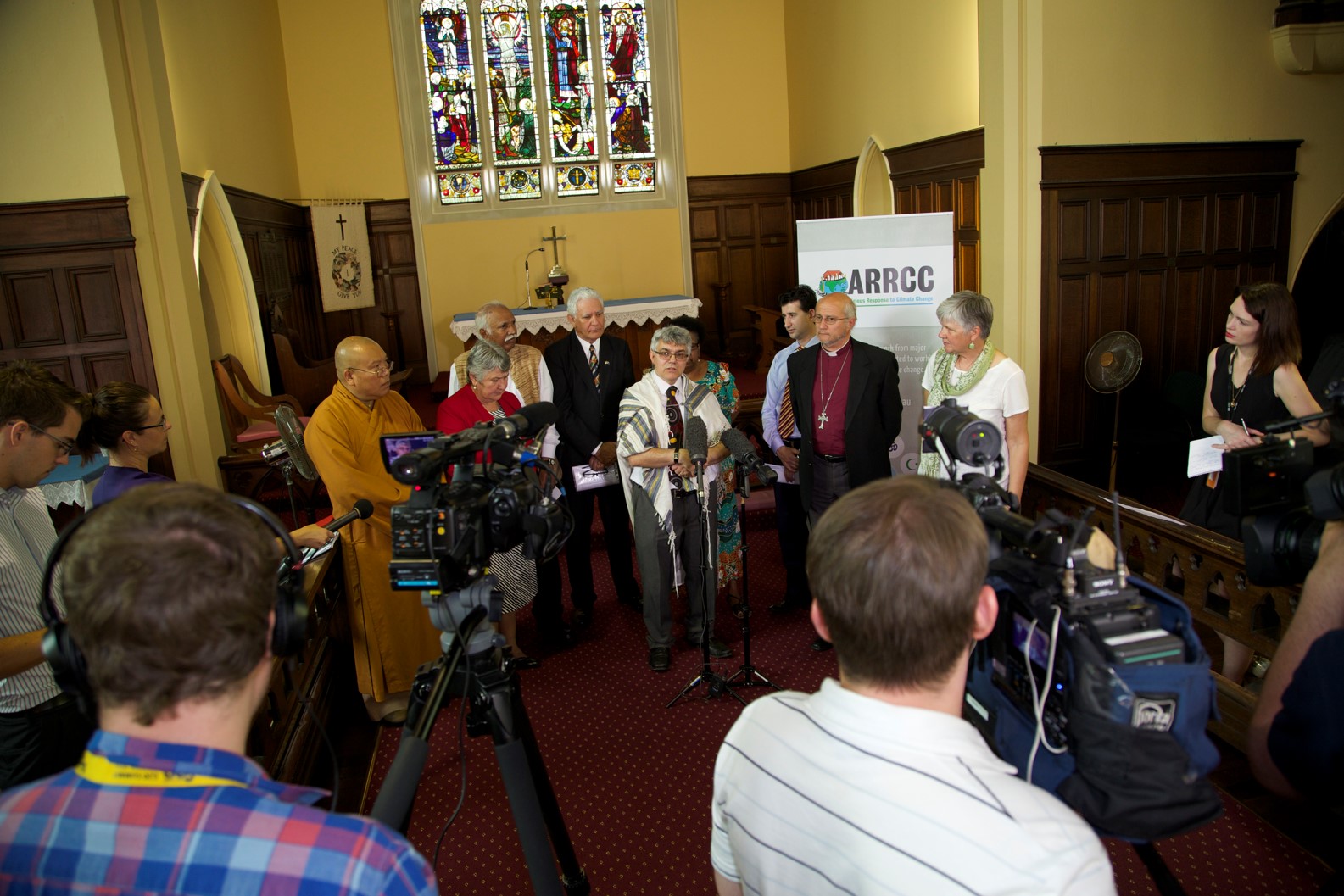 We have received considerable media coverage at certain points in time, eg, in mid-2011 when our religious leaders publicly supported the Clean Energy Future legislation, and in November 2015, prior to the G20 Summit[1].

ARRCC stands in solidarity with our Aboriginal brothers and sisters in their struggle to have their cultural and land rights recognised by mainstream Australia. We particularly advocated for the rights of the Gomeroi Traditional Custodians at Maules Creek, whose rights continue to be trampled by Whitehaven Coal. 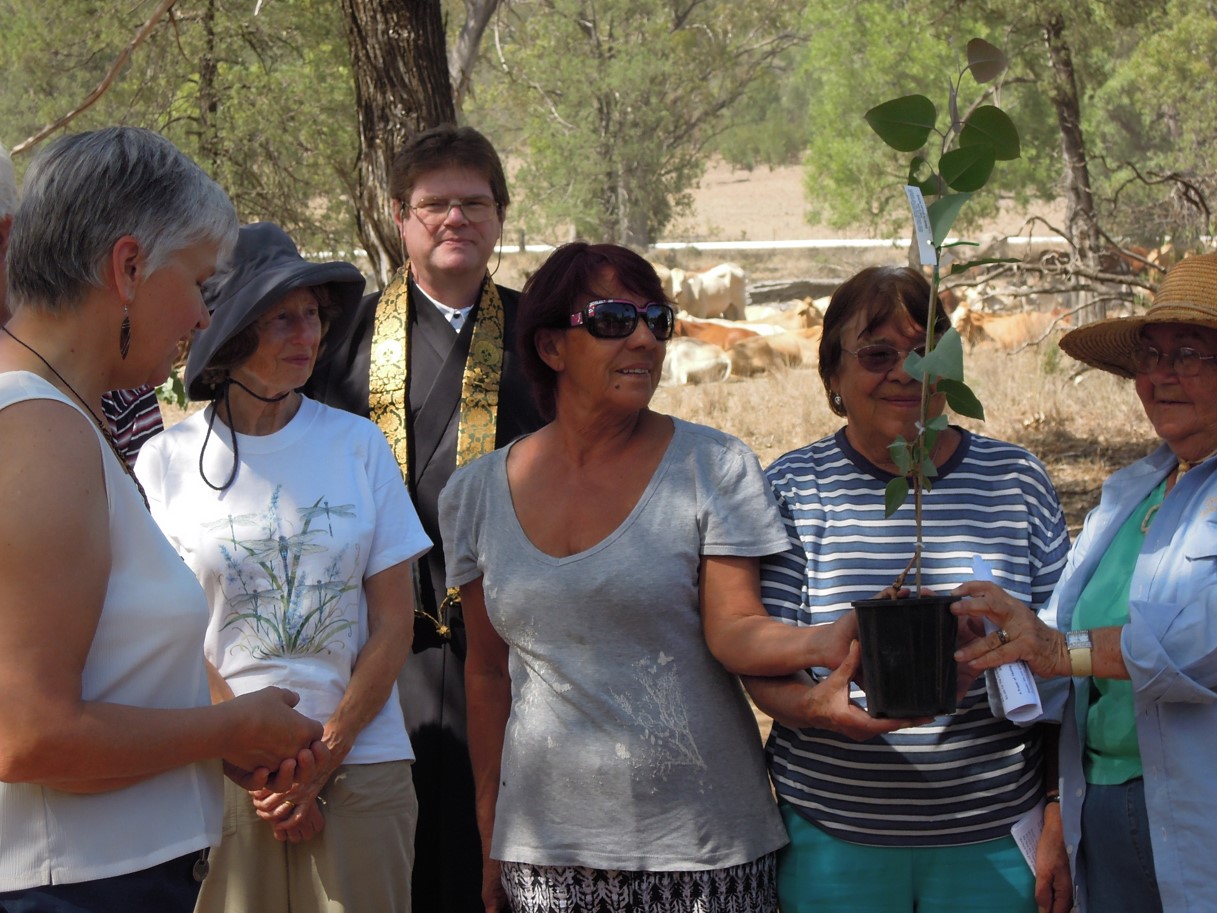 ARRCC members and friends have participated in peaceful direct actions, ranging from prayer vigils to rallies to blockades. It's important that people of faith are visibly alongside other concerned citizens calling for action. 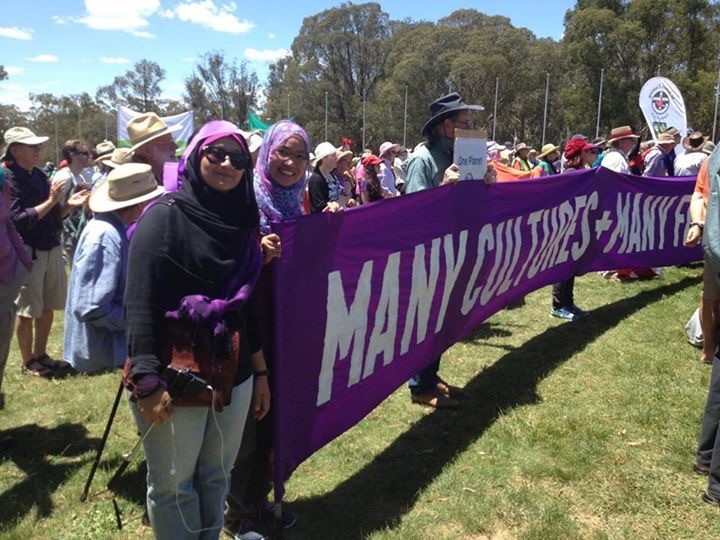 The concept of moving investments out of coal, oil and gas extraction and infrastructure has captured the imagination of people of faith, both in Australia and internationally. With partner organisations 350.org and Catholic Earthcare, ARRCC has strongly encouraged individuals and faith-based organisations to move their money out of institutions that continue to invest in fossil fuels.

ARRCC members across the country have been key drivers of fossil fuel divestment decisions by faith-based organisations including the Jewish Moetzah, certain Anglican Dioceses, Uniting Church Synods, Religious Orders and Quaker communities. This campaign is fast-growing, and is perceived as so threatening to the fossil fuel lobby that they are fighting back.

Behaviour change is a vital part of curbing human-induced climate change. ARRCC is engaging faith communities in a variety of practical initiatives to reduce their ecological impact:

Meat Free Day – to help reduce the environmental damage caused by animal farming, people in faith communities are being encouraged to reduce the meat in their diet. 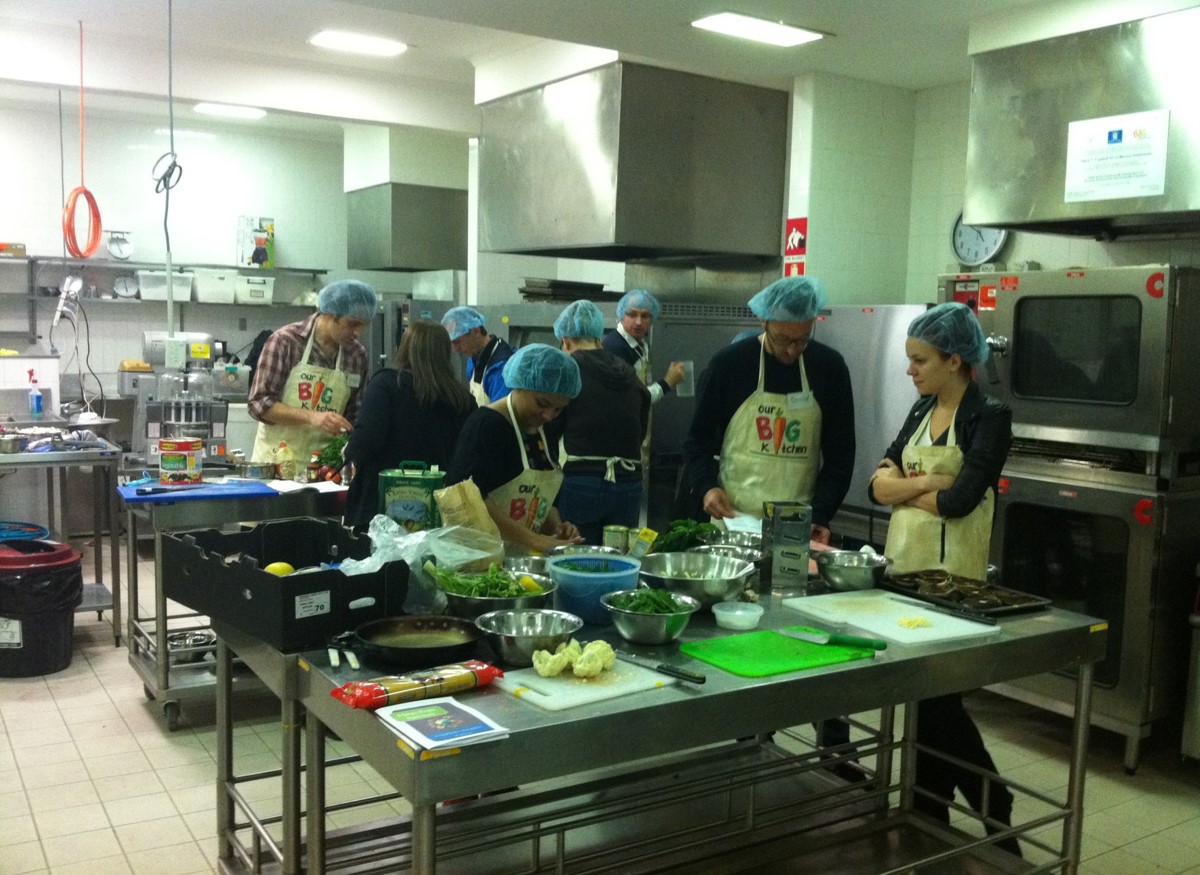 Rewarding excellence – ARRCC believes in showcasing excellence and highlighting best practice in faith communities. In 2010, we presented 15 faith groups with awards for their environmentally sustainable practices. We continue to showcase such achievements – so that others can learn from them.

As a by-product of our shared commitment to climate action, ARRCC's religiously and culturally diverse members and supporters are also helping to create a climate of mutual understanding and collaboration in Australia. ARRCC's regular meetings bring together people from across the spectrum of religions – including the Baha'i, Buddhist, Christian, Hindu, Jewish and Muslim faiths. We regularly contribute to multi-faith events. We also join with the wider community to participate in climate action – through initiatives like Walk Against Warming and Earth Hour.

For more detail on ARRCC's achievements, check out our Annual Reports.