To those in public office or aspiring to it:

As leaders in a range of faith traditions, we draw attention to the wake-up call which the degradation of the Great Barrier Reef provides.

The Reef is a wonder of the natural world and, to people of faith, a sign of the spiritual dimension of life. It also supports many jobs and economic benefits.

It is therefore with great sadness that we witness the irretrievable loss of parts of the Reef, principally due to global warming. 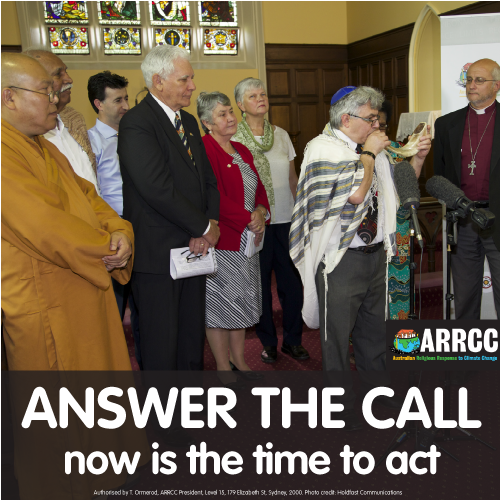 Yet, within weeks of our Government signing the Paris Agreement, it had approved enormous new coal mines in the Galilee Basin, linked to a giant coal export terminal on the Reef’s doorstep. Such decisions are seriously irresponsible. They reflect an overly close relationship between our political representatives and fossil fuel industries.

So far, the election debates have failed to assign due priority to global warming. While Labor’s policies are more ambitious in some areas, Labor remains supportive of subsidies and assistance to fossil fuel companies. Neither of the major parties currently plan to wind back coal and gas mining.

We urge all those holding public office to hold in proper focus our responsibilities as signatories to the Paris Agreement. There can be no more postponement of the transition to a low carbon economy. Now is the time to act.