Let's send a united message to the new Government

On Thursday October 13th people of all faiths both in Australia and around the Pacific will come together to show our support for an open letter to Prime Minister Albanese that will be signed by senior faith leaders both from Australia and the Pacific calling on the Australian Government to:

These issues are right at the top of the political agenda right now both domestically and when it comes to what Pacific nations have been calling on Australia to do.

In support of this open letter there will be multi-faith services in cathedrals and other iconic places of worship across both in Australia and the Pacific on the same day.

Crucially, the letter and the service will also be pushing for serious action on climate justice by calling on the Government to:

Like many people who care about the climate, people of faith are excited by the potential of this new government to make a difference after a decade of deliberate obstruction. Yet it’s clear that this government also needs strong encouragement to go further.

ARRCC is moved by the suffering of people in the Pacific and low-income countries who bear the brunt of climate impacts, also Australia’s own Indigenous people whose rights to protect Country are constantly violated by mining companies. Currently 45% of the world’s new coal projects and project expansions are in Australia and we are the world’s third largest exporter of fossil fuels. See details of the positions taken in our open letter here.

Multi faith services across Australia and the Pacific

On the morning of October 13th, both in Australia and in the Pacific, we will hold multi faith services at prominent places of worship to make it clear to the new government what people of faith want them to do. We are in the process of reaching out to senior faith leaders to speak out on the day and we already have a number of cathedrals and other prominent places of worship saying they will host these services. More may be listed as time goes on, along with start and finish times as these are confirmed. There will also be overnight vigils in many locations the night beforehand through the night. The services are open to people of all faiths and none.

Be part of a global multi faith campaign

These actions will be part of a month of actions by communities of faith around the world as part of the lead-up to the UN’s COP 27 climate negotiations in November called Faiths 4 Climate Justice (F4CJ). Last year there were more than 500 F4CJ multi faith protest actions in 40 countries. All around the world this October people of faith will be calling for a Fossil Fuel Non Proliferation Treaty. Already, the Vatican has voiced its support for such a treaty.

A treaty of this kind would be the first time governments would agree not only to stop burning coal oil and gas but to agree to a just plan to phase out digging them up in the first place. At the moment there is still no such international agreement on this.

GreenFaith International has also integrated the essentials from the Fossil Fuel Non-Proliferation Treaty into a faith-inspired statement they are asking people of faith and faith-based organisations to sign. Please add your voice here if you agree: https://fossilfueltreaty.org/faith-letter 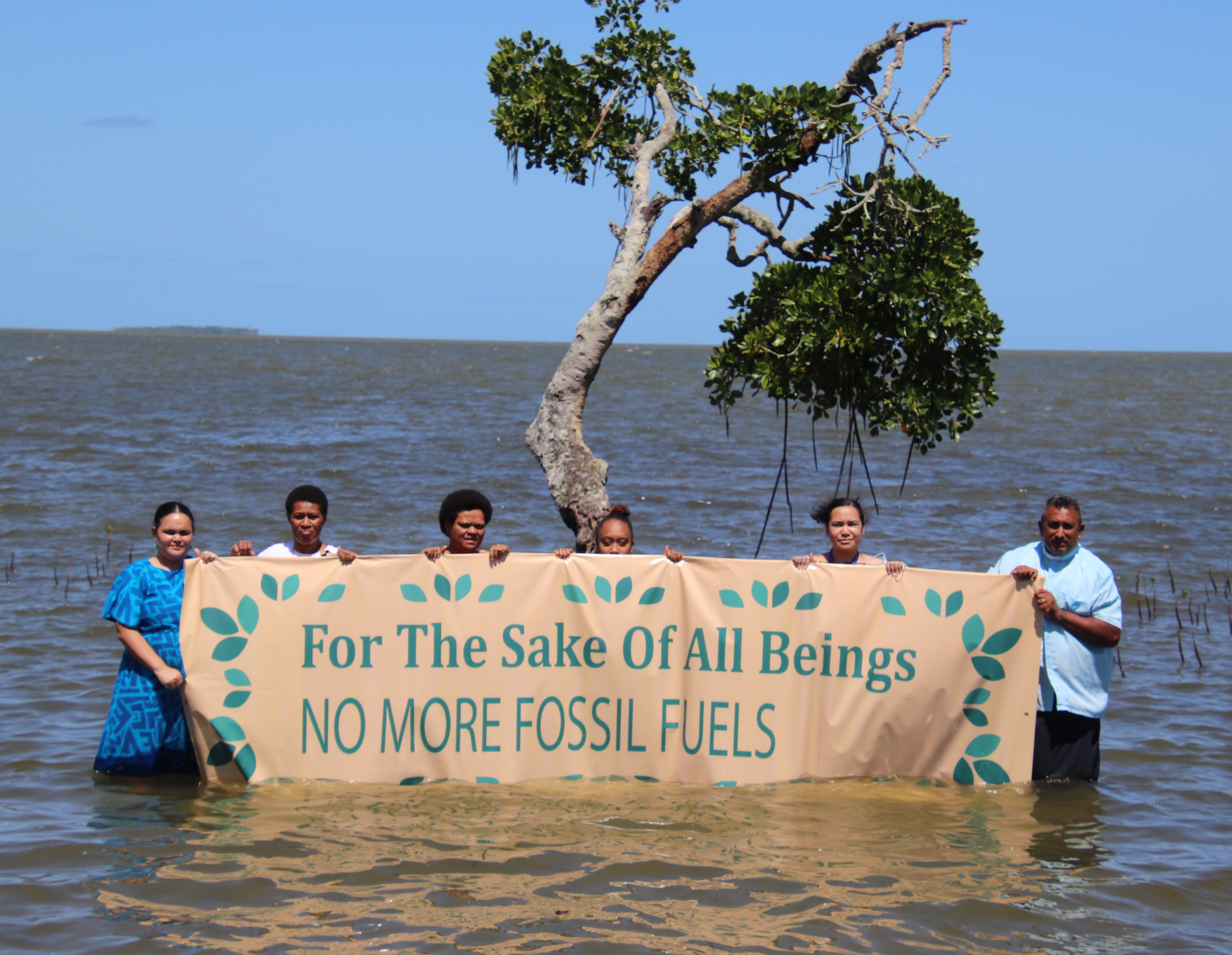