Get Involved in a Year of Action

We have huge Year of Action! There are three ways to get involved. Click on the buttons above to get started. 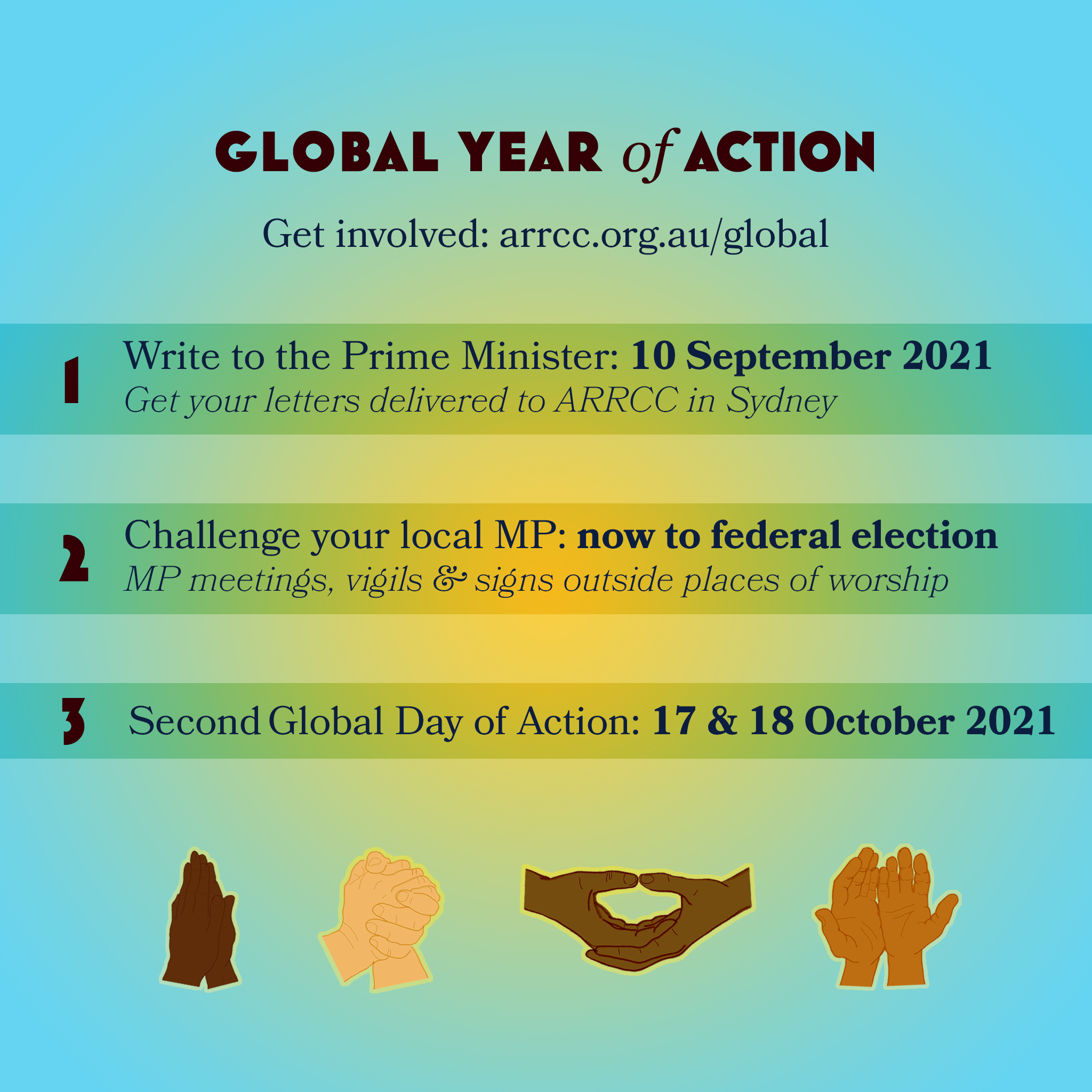 Writing to the Prime Minister

Whatever the Government’s spin, their climate policies are weak compared to those of other countries and our emissions that are not linked to land or agriculture sectors are rising, not falling. Over 620 ARRCC supporters wrote personalised, often had-written letters to the Prime Minister and invited media coverage. If you are one of these and receive a reply, the guide offers suggestions for your response.

We want the Australian Government to go into COP26 offering higher emissions reduction targets and to go to an election with stronger climate policies overall. So now is the time to challenge your federal MP to make a public commitment to the things we’re asking for. Time to turn up the pressure! Don’t worry if you’ve never done this before - we will provide training and guidance along the way.

A global Day of Action

On October 17 and 18 there will be another global multi faith Global Day of Action for the climate like the one we held on March 11. This will take place two weeks before the crucial COP26 UN climate summit in Glasgow. The last one was a huge success! Join an action near you, or create an event involving your faith community, here.

This is a crucial moment

All eyes this year are on Glasgow in November for the crucial next round of global climate negotiations called COP26. These will be the most important negotiations since the Paris Agreement was signed in 2015. Under the Paris Agreement, all countries have to increase their pledges, called Nationally Determined Contributions (or NDCs) every five years. This will be the first time this has happened. If you look at the pledges that have been submitted to date for the first 75 countries they average a reduction of only 1% on 2010 levels! We don’t have another five years to get this right. The climate system is too close to the edge. At the same time there is a new government in the USA with massively high ambition for climate action. The US is seeking to lead and push other countries to act much more boldly.

Australia is under pressure - with an election coming

The Australian Government has come under sustained pressure from the USA and the UK recently to get a lot more serious about climate action and to stop blocking global progress. This will only escalate as the COP26 summit draws nearer. At the same time there is a federal election coming. The whole climate movement in Australia is going to couple the international pressure on the Morrison Government with domestic pressure. It will be hard, but this creates a real opportunity for change. And we can be part of that.

What we’re calling for

From the original list of ten demands, the GreenFaith International network is focussing on four demands this year. ARRCC has added one more for Australia:

* The Sacred People, Sacred Earth statement seeks a goal of net zero by 2030 from wealthy countries like Australia. ARRCC supports this ideal, but we want to respond to calls for a unified voice from our partners in the Australian climate movement regarding the level of ambition we collectively seek from the federal Government. We have also recognised weaknesses in the 'net zero' concept.