On October 13th 2022 more than 100 faith leaders published an open letter to Prime Minister Anthony Albanese calling for an end to new coal and gas projects as well as subsidies to those industries, among other climate  justice 'asks'. On the same day, there were Multi faith Services in support of that letter across Australia and in the Pacific. There was considerable media coverage across the country.

It's highly significant that the open letter was signed by many of the most senior faith leaders across Australia and the Pacific, as well as some prominent First Nations leaders. So that such an historic letter makes the most impact possible, let's make sure that federal MPs are made aware of it through people of faith in their own electorates.

The ideas below will help you do that. If you'd like more details, see here.

If you can manage it in the next few months, we'd ideally like you to ask for a meeting. Please see this guide for more information about this.

WHEN WRITING TO ANY MP

The faith leaders who signed come from both Australia and the Pacific and include many of the most senior religious leaders in the country. 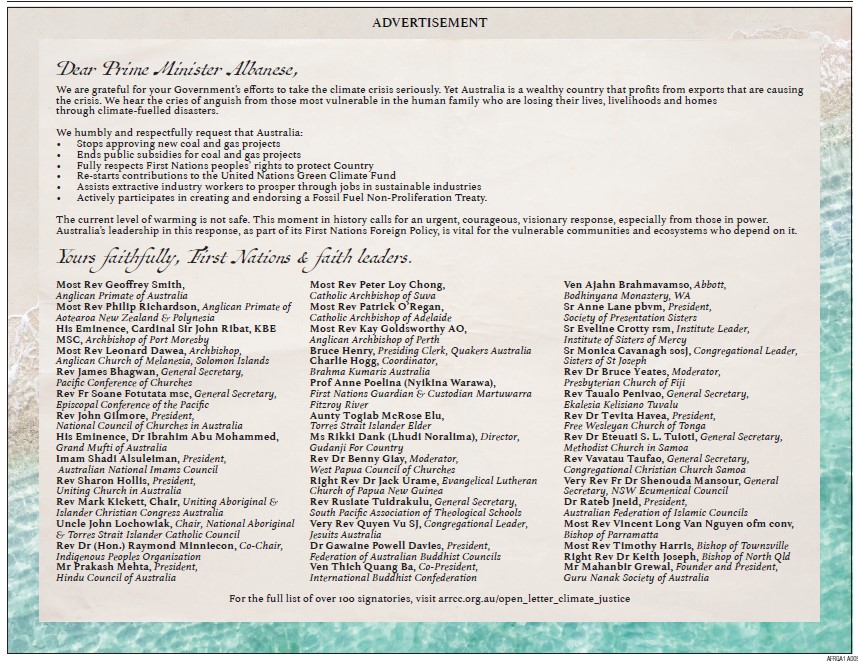 The full list of coverage can be found here.

Send the MP a photo

There are also very good photos here. You may particularly wish to include the screenshot below from an ABC article from the service at St Mary’s Cathedral in Perth.

The faith community you’re part of

Let your MP know your faith (Christian, Buddhist etc) and if you’re involved with a specific place of worship please mention that you go there.

In one or two sentences you could tell them why this matters to you in terms of your faith. Is it loving your neighbour? Protecting Creation? Restoring God’s balance? Acting with compassion for all sentient beings?

These ideas will be relevant also for Independent MPs.

The new government has made a good start.
The open letter to the Prime Minister starts by thanking the Government for their efforts to take the climate crisis seriously. Please thank your MP for this too.

There is a real chance to create jobs in regional Australia
It is good to see that the Labor Government recognises that Australia’s abundant sun and wind provide countless opportunities to create jobs in the regions, so no-one is left behind.

Yet we must urgently change our ways.
Nature is sending a wake-up call that we cannot continue business-as-usual and expect a stable, hospitable environment to hand to today’s younger generations.

The government does not need to be so cautious.

This open letter comes on the heels of the 2022 election, where climate ranked as the number one voting issue according to the ABC’s Vote Compass poll of more than one million people. It would be hard to find a better cross-section of senior religious leaders in Australia and a number of the services were held in cathedrals (Perth, Melbourne, Sydney, Brisbane). It is now clear that the Coalition cannot be re-elected until it becomes a lot stronger on the climate. Labor should be safe to act more boldly.

The government needs to listen to our neighbours in the Pacific.
This letter has been signed by senior faith leaders from across the Pacific and really only echoes what Pacific leaders said earlier this year at the Pacific Islands Forum - Australia needs to rule out new coal and gas and to stop subsidising those industries.

Mainstream Australia has moved ground. It’s time the Coalition did as well.

The election made it clear that people everywhere want climate action.

Nearly all marginal electorates have a higher than average desire for bold climate action
There is an excellent summary of this here. This means that the Coalition simply cannot get back in if it continues with its current policies. However, a debate persists within the Coalition as to whether to change direction. It is vital that they understand that it is in their direct self-interest to do so rather than draw some other conclusion.

It’s time to end the climate wars
Many people are tired of this issue being a source of political fighting and just want to get on with the job. We need a battle of ideas on how to fix it and who has the most ambition. Many otherwise conservative people just want serious policy answers.

You want a plan for bold action by 2030
This decade is when most of the reduction in pollution needs to take place, starting right away, if we are to avoid the worst damage to the climate and seize the economic opportunity in front of us. This needs to be a reduction in climate pollution of at least half by 2030. Targets for the faraway date of 2050 are not going to do the job. And we need a clear plan for getting there too.

Clean energy will create more jobs and save more money than gas
Solar, wind, hydro and batteries are good for the economy. They will create a lot more jobs than gas and save us all money as well. If you can think of a local project (solar, hydro, wind etc) that you would like them to support, please mention this as well. 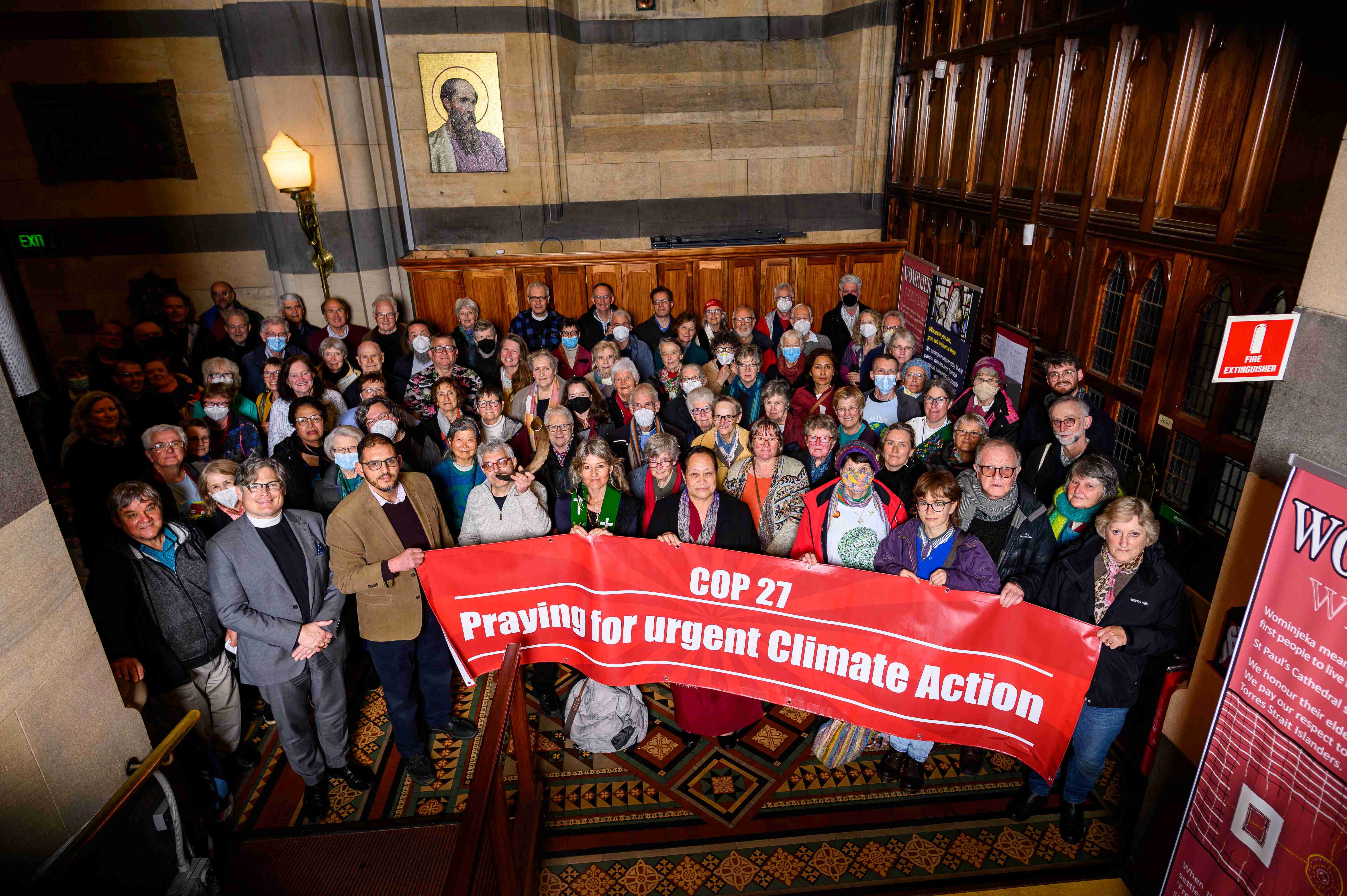 The letter-writing guide gives ideas for sharing your letter on social media and how to respond if you receive no reply or a reply that doesn't address your concerns.