ARRCC at the Parliament of the World's Religions

The fifth Parliament of the World’s Religions (the first was in 1893) at Melbourne in December was a gala event in celebrating the diversity and similarities of the faiths of the world. The gathering offered a dazzling variety of cultural diversity in terms of ‘fashion’ - Hindu priests in white; bishops in purple; nuns in grey; pagans in colourfully patterned kaftans; rabbis in black; and Monks in maroon and yellow with a special group creating colourful sand mandalas. However the real celebration people were looking for called for a far greater vision than just wearing a religious garb.

The fifth Parliament of the World’s Religions (the first was in 1893) at Melbourne in December was a gala event in celebrating the diversity and similarities of the faiths of the world. The gathering offered a dazzling variety of cultural diversity in terms of ‘fashion’ - Hindu priests in white; bishops in purple; nuns in grey; pagans in colourfully patterned kaftans; rabbis in black; and Monks in maroon and yellow with a special group creating colourful sand mandalas. However the real celebration people were looking for called for a far greater vision than just wearing a religious garb.

One of the sessions I attended which had a profound impact on me was conducted by the indigenous people of northern Canada bordering on the Arctic Ocean. The impacts of global warming are a daily reality for them with average temperatures around 10 degrees warmer than 20 years ago. This has had a devastating impact on the natural environment as well as the indigenous people who harvest the majority of their food from directly from the land. They showed us images of lakes that had been thriving wildlife sanctuaries in their early childhood which had now transformed into dry mud beds. The higher temperatures have also allowed the tree eating pine beetles to migrate from the south and feed on non resistant varieties leaving whole valleys of forests devastated. Hearing the impact of these and other stories on the daily lives of the local people left me disheartening and asking what have we done and what can be done avoid such calamities ?

I learnt in other sessions that there are now more conflicts in the world due to religion than at any time in human history. Of course the issues are never simple and religious differences are only part of the cause of conflict. The purpose of the parliament was to come together and hear each other’s story and learn about the variety of paths present on our planet.   If more events like the parliament were happening around the world I’m sure it would have a positive impact on this conflict.

The parliament also reminded me of the importance of meditation and prayer in assisting with the traumas of this world. I attended two morning dedications – a meditation by a Thai Zen Master and another by Ian Gawler, a well known Australian meditation instructor who overcame cancer through the use of meditation. These provided me with an inner strength to embrace some of the less than perfect world that was being described by the people at the parliament – both speakers and participants.

Sunday evening of the weeklong conference featured a performance evening of sacred music. Although I didn’t stay until 12.30am for the completion, I did catch an amazing variety of interpretations of sacred music including Buddhist Monks chanting, whirling dervishes, ancient Jewish chants and a Christian choir. I sat behind a group of Sikhs sporting large white turbans which occasionally obscured my views. It was interesting to see their responses to the various performances –  for some they were visibly spellbound and others got them giggling right out of their seats! Sometimes the side scenes can be as enthralling as centre stage.

My personal contribution to the parliament was as a panellist for a session on Faith and Overconsumption. One of my fellow panellists was Imam Afroz Ali who spoke passionately about the Muslim practice of moderation in their consumption habits. Denise Boyd outlined her role and the operating principles of the Australian Conservation Foundation in the light of her English upbringing.  I shared the journey of my own spiritual development and how that has affected my attitude of not taking too much from the natural environment. The resulting questions from the audience were fast and furious flagging meat consumption, permaculture and transition towns as ways of addressing consumption.

One of the most enjoyable sessions of the parliament for me evolved in the most unlikely way. The original room it was scheduled for was changed without notice. Miraculously those who were meant to reach the alternative undisclosed room found their way to the session which was facilitated by a pair of Hindu facilitators. We sat in groups of 8 in a packed room and shared spiritual experiences, personal goals and challenges in a simple yet intimate way. A few people in my group were amazed with the ‘chance meetings’ that happened in the session with people they had ‘wanted to meet’. All expressed how refreshing it was to talk on a personal level compared with most sessions where formal presentations were followed by questionsfrom the audience. 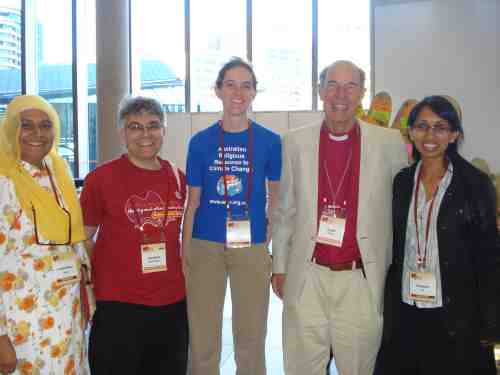 Many participants I talked to felt the parliament needed to make more effort to act as a microphone for collective voices on issues such as poverty, climate change and social justice. Many were also expecting the Parliament to issue statements on specific issues only to be told that the parliament ‘doesn’t do statements’. This seems like an immense lost opportunity for an international gathering of over 5000 religious people to not speak out strongly about such critical issues.

Fortunately a few individuals and groups have shown great initiative in harnessing the energy of people at the parliament such as Bishop Geoff Davies of the South African Faith Communities Environment Institute (SAFCEI) who, together with the assistance of WRRCC members, issued a collective joint statement on climate change for the Copenhagen Summit happening at the same time.  Another participant organised a 1 metre wide by 50 metre long scroll with messages from many of the parliament’s delegates to be sent to Copenhagen. 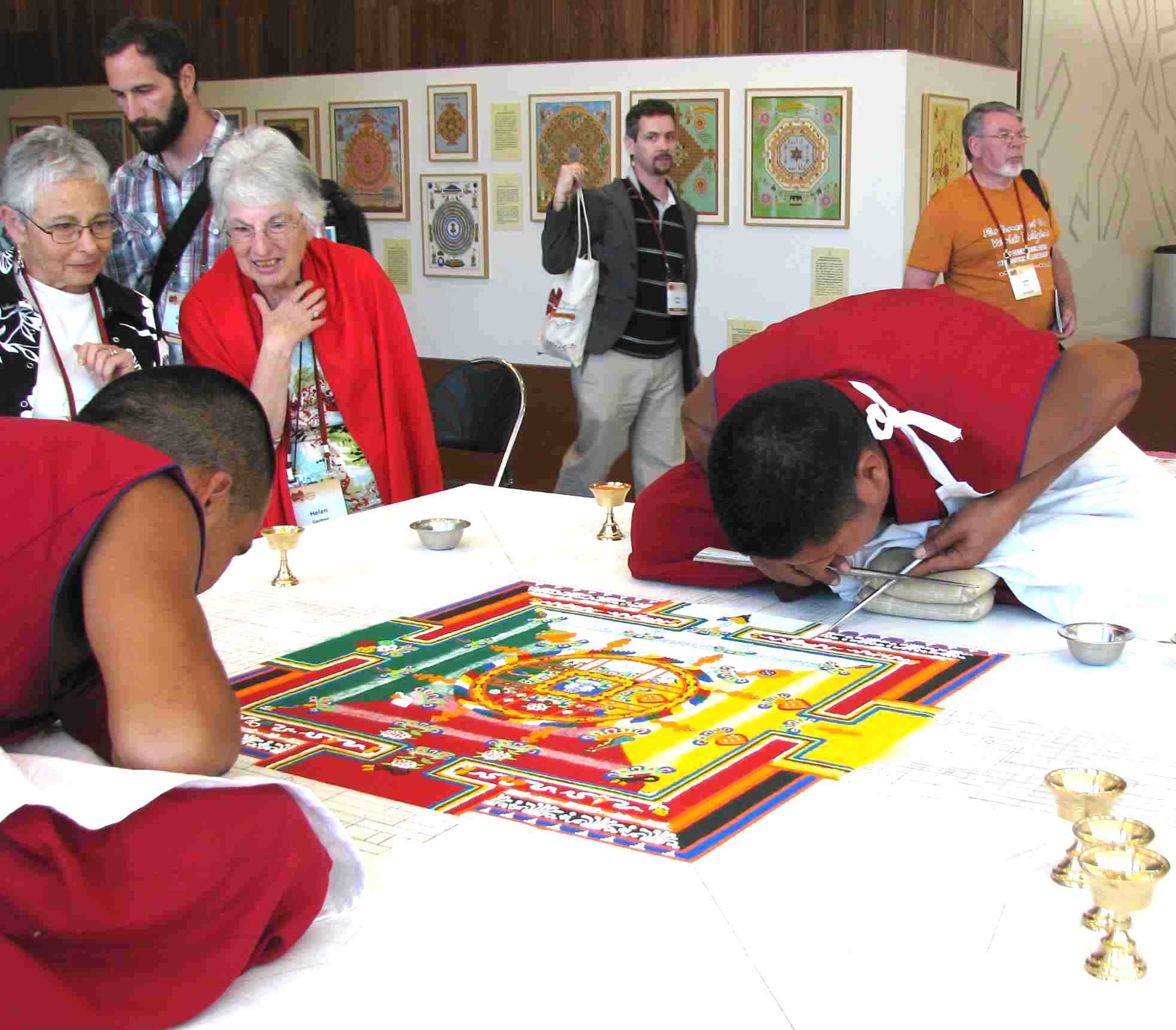 Next Steps for Climate Change Policy for a Future Australia

The Chapel, Australian Centre for Christianity and Culture
14

Environmental Crisis and Our Obligations to Act