Over the last 30-40 years, climatologists have been noting changes in the earth’s climate that they believe are the result of unprecedented increases in the levels of greenhouse gases in the atmosphere, mainly linked to the processes of industrialisation, and associated increases in production and consumption over the last 50-100 years. 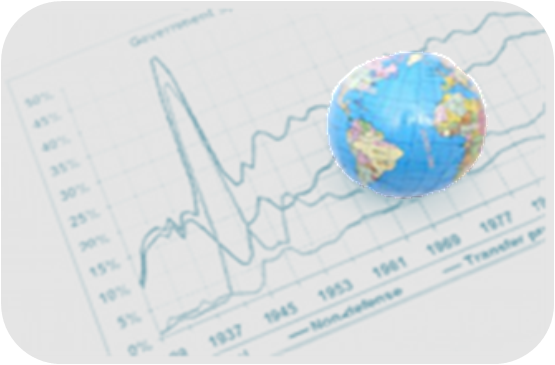 In 1988, the United Nations established the Intergovernmental Panel on Climate Change (IPCC), a scientific body tasked with reviewing and assessing the most recent scientific, technical and socio-economic information produced worldwide related to climate change.

Over the last 20 odd years, the IPCC has produced a number of assessment reports that provide the world with a clear scientific view on the current state of climate change and its potential environmental and socio-economic consequences, notably the risk of climate change caused by human activity. The comprehensive information in the IPCC reports is based on peer-reviewed, published scientific evidence from relevant experts from all regions. Each new assessment report is probably the most scrutinised scientific document in the world, and reflects a progressive strengthening of our understanding of climate change.

In 2013, the IPCC presented the Fifth Assessment Report, concluding that global warming is 'unequivocal' with multiple lines of evidence showing that the earth's average surface temperature rose 0.78°C in the period from 1850, the earliest year for which we have reliable records, to 2012. Because these gases stay in the atmosphere for many years and because of the thermal inertia of the oceans, which take decades to warm up, scientists tell us that most aspects of climate change will persist for many centuries. Further, the report found that it is 'extremely likely' that human activity has been the main driver of rising global temperatures since the 1950s. Sophisticated modelling shows that global average temperatures are 'likely' to exceed 1.5°C or 2°C, depending on the scenario. For the highest scenario, the best-estimate warming by 2100 is 4°C.

CO2-equivalent gases have now passed 400 parts per million and continue to rise – accelerating Arctic warming and other early climate impacts have led scientists to conclude that we are already above the safe zone, and that unless we are able to rapidly return to below 350 ppm this century, we risk an average 2 degree temperature rise, and reaching tipping points and irreversible impacts such as the melting of the Greenland ice sheet and major methane releases from increased permafrost melt.

How the climate is changing

While the numbers above may seem small, their impact is much greater than just a global warming of temperatures by 1-2 degrees. This is firstly because this amount is just an average - the changes in temperature is unevenly distributed across the globe Some places around the world will experience much greater increases than this and some places will actually experience a DECREASE in temperatures.

Changing air and water temperatures also affects the weather. As ocean currents change this affects the air currents that flow above the oceans, changing cloud formation and wind patterns. The overall effect of these changing air currents is that most places around the world will actually experience much less frequent rain fall. However when rain does occur, it will happen with much greater intensity. This leads to a pattern of both droughts and floods. It also means that sometimes actual rainfall seasons will change, with dry weather during traditional wet seasons, and very wet weather during traditional dry seasons. The main effect though is to make the rainfall very unpredictable based on past experiences. Changing rainfall patterns also have an effect on traditional water catchment areas and existing river systems, which can affect previously reliable sources of fresh water.

A third effect of changing water temperatures and currents is an increase in the frequency and severity of extreme weather events such as tropical storms.

The above impacts are not just predictions but things that are being observed right now around the world. However there is still a significant and often vocal body of people who are either sceptical of climate change science or outright deniers.

The prominent people amongst this group are rarely climatologists or even scientists at all - they are generally social scientists such as economists, politicians, people connected with big business or social commentators. While there are a few scientists among this group of people, research by Cook et al in 2013 ("Quantifying the consensus on anthropogenic global warming in the scientific literature") found that 97% of published climatologists believe in the existence of human-induced climate change. That is, 97% of all scientists whose field of expertise is climate, and who have gone through the process of having their research peer-reviewed by other qualified scientists and published in a scholarly journal believe that climate change is happening and that it is directly linked to human activity. There have now been several pieces of research showing that sceptical scientists and think tanks indirectly receive substantial funding from fossil fuel industries.

Unfortunately the science of climate change is most often misrepresented in the media as a 'debate' between roughly even numbers of believers and sceptics, giving the impression that the scientific jury is still out. If the portrayal were more accurate, the picture would reflect an almost total consensus on the science, with only the tiniest minority of dissenters.