Don't ask me not to fly!

“I’m off to see my son and grandchildren in the US next week!”

“I can build great networks at conferences overseas. So I’m going to Rome next month.”

“We love skiing, so we’re going to Japan next winter!”

Acting on climate change is a complex thing, especially when it involves our international travel. 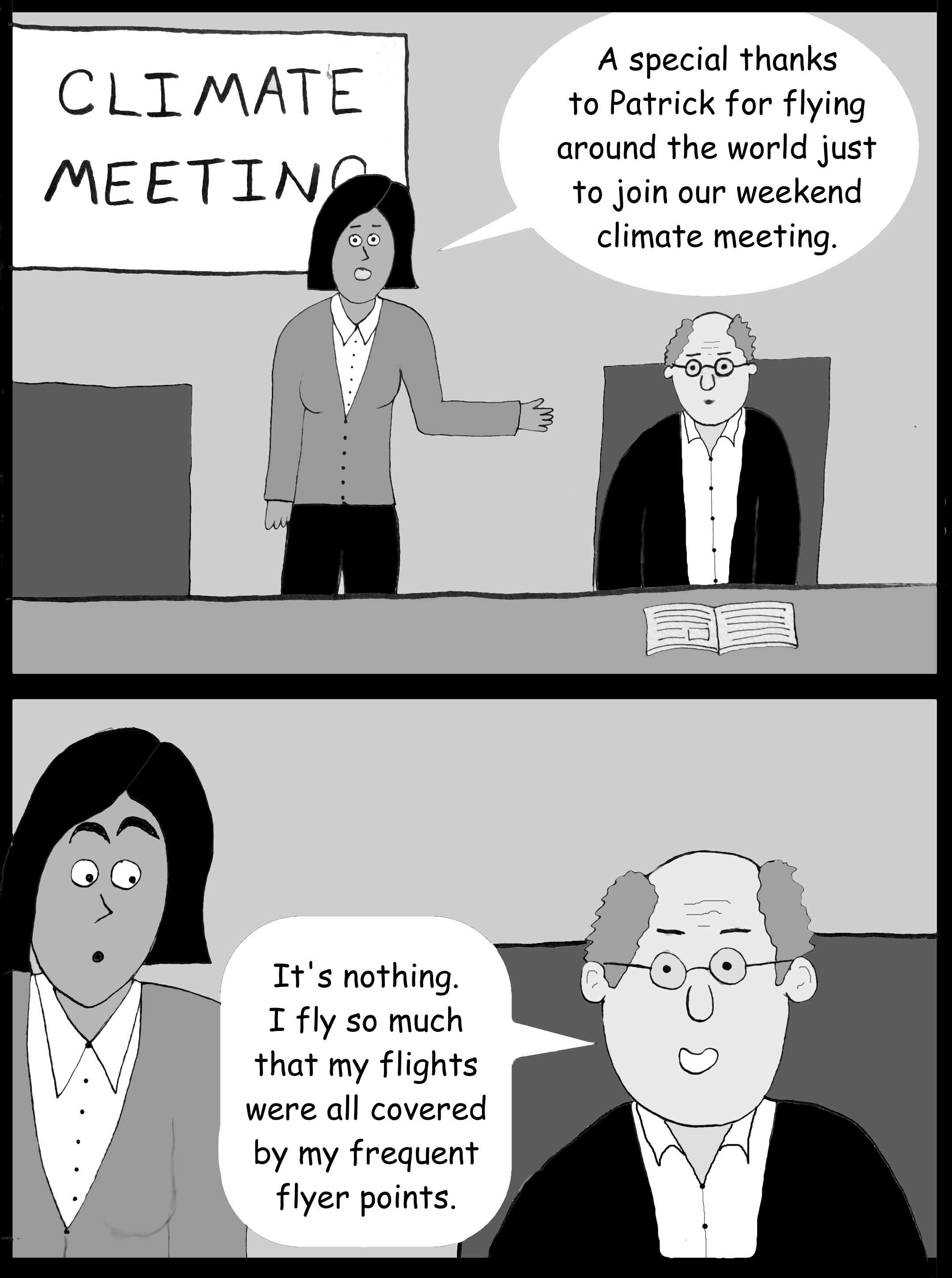 But many of us also recognise the need to change ourselves. By getting our own footprint down, we earn greater integrity to challenge our leaders to make hard changes. And after all, we are the consumers whose purchases necessitate the carbon-intensive production of ever-more TV’s, smart phones and clothes.

Therefore, many of us are trying to simplify our own lifestyles. We’re eating less meat, riding our bikes more, and installing induction stoves. The #Living the Change (www.livingthechange.net) initiative, with its neat commitment tool, makes thinking about and carrying out reductions all the more doable.

But some things are really hard to change. Some people find it very hard to not use their air-conditioner all summer. Some find it very difficult to eat significantly less meat. But arguably the toughest of all, is restricting our flying. In a globalised world, many Australian families have siblings, children or grandchildren living in another country. This seems to necessitate our international travel. Our roles at work can require us to attend Conferences, speak, attend meetings or lead workshops overseas. And that’s not to mention all those cheap and exotic overseas destinations for our next holiday.

I suspect that’s why flying is rarely part of the discussion on carbon reductions. Many people are talking about changing our diets and our driving habits, but very few, in my experience, are talking about reducing our air-miles.

But the carbon savings in reducing our air travel are considerable. One fewer international (return) flight next year, will save anything from 3-6 tonnes CO2e – much more than leaving your car in the garage all year!

So what can we do? As a starter, here are 5 ways to reduce the carbon footprint of your next travel:-