Three religious leaders and three lay people were arrested on Thursday, September 5th, at the site of Adani’s proposed Coal Mine in Central Queensland. Reverend Alex Sangster, Dharmacari Tejopala and Dharmacari Aryadharma refused a move on order by police, along with Christians, Mark Delaney, James Thom and Angela Merriam.

Six other Christians joined them blocking work at the site and called on Mr Gautam Adani to abandon the project. The group held a religious ritual of prayer and song in the direct route of Adani contractors preventing them from entering the workers’ camp.

“Today, we wrote to Mr Adani and asked him to walk away from this mine. We asked him to invest in Central Queensland by backing solar and wind instead. People need jobs, but this mine is not the answer. It will do so much damage to our water and, ultimately, the Reef and the climate,” said Uniting Church Minister, Reverend Alex Sangster.

“Just as importantly, the Wangan and Jagalingou Family Council have made it clear that this place is sacred to them and we are here today to support them in protecting their ancestral home. Today we’re calling on people of all faiths to come here do the same thing,” said Reverend Sangster. 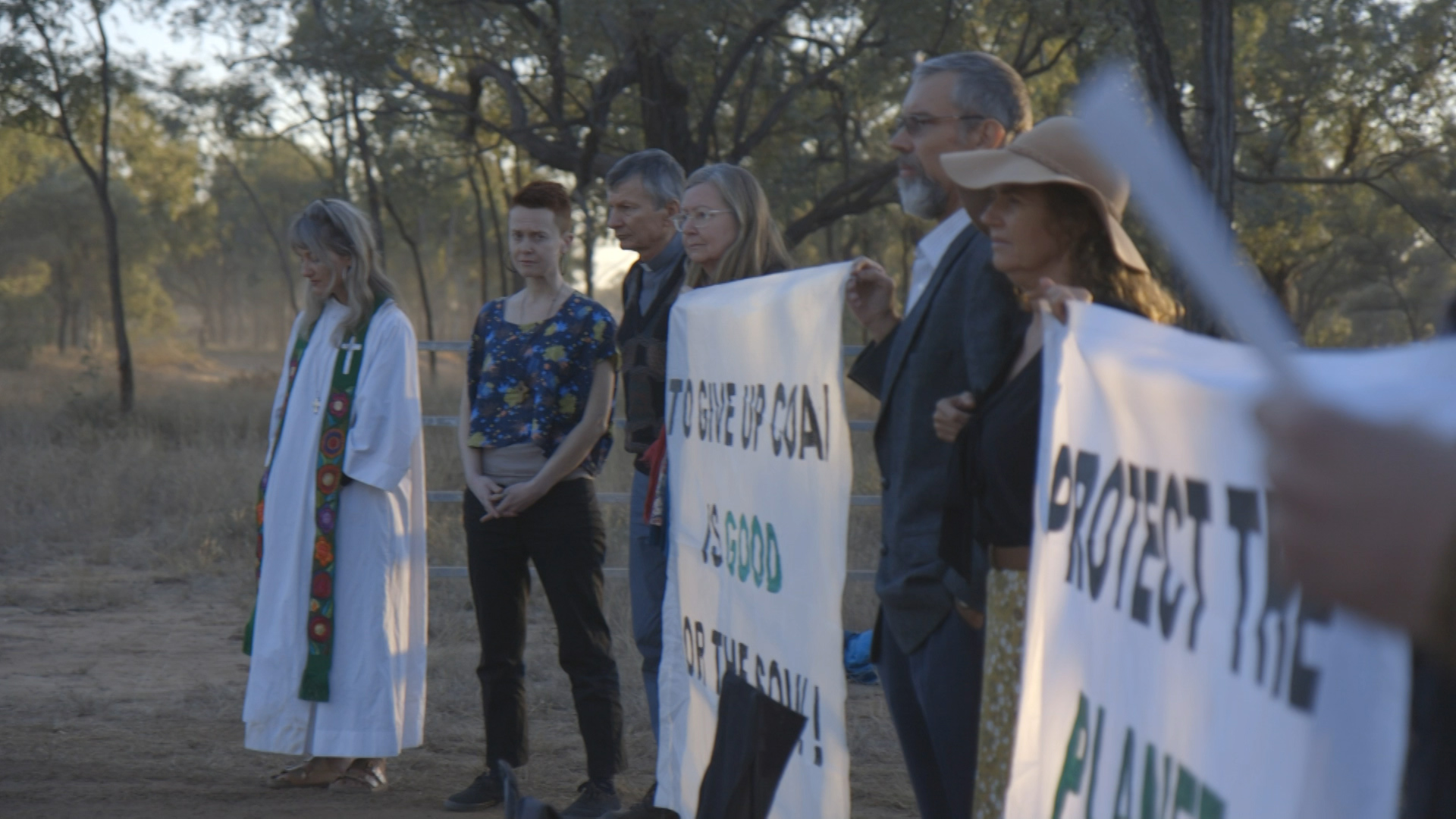 Reverend Rex Graham, a retired Uniting Church Minister, said, “There has been a lot of noise in the media lately portraying citizen activists as extremists or worse. Today we’re saying that people who risk arrest protecting our water, Reef, climate and Wangan and Jagalingou land rights are good people who have been pushed into a corner.”

Reverend Graham continued, “Instead of demonising protestors, the Queensland Government would do well to promote their plan to diversify the local economy, so that no one is left behind as the world moves away from coal.” 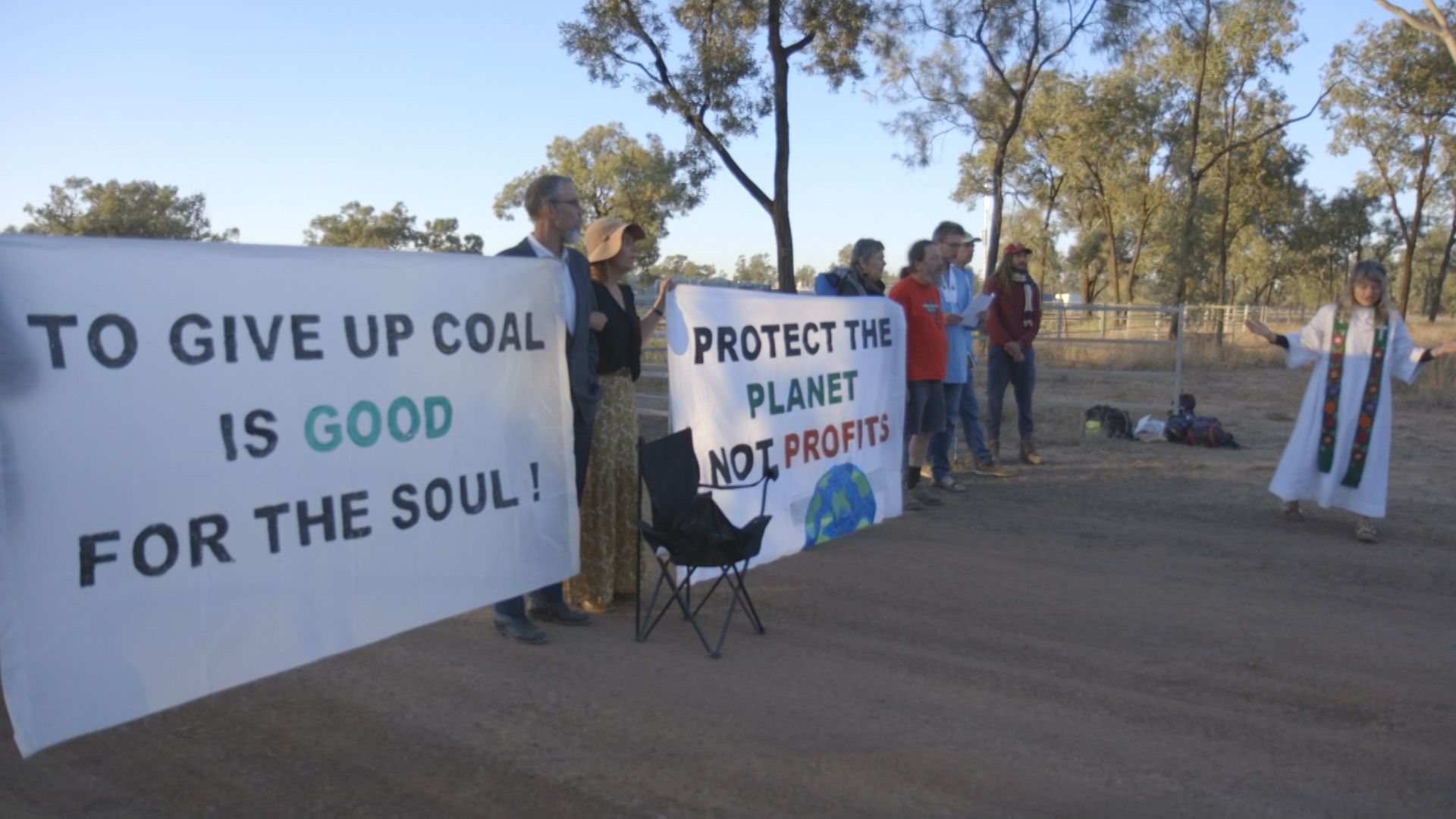 The Wangan and Jagalingou Family Council is calling for public support through donations and an online pledge, to help them continue their resistance struggle.

The faith protest echoes the Dakota Access Pipeline protests at Standing Rock, which are ongoing but became well-known in 2016. The protesters named themselves “water protectors” and the term, “protectors”, does seem more apt.

Nonviolent civil resistance has been a feature of faith-based movements for change in relation to civil rights, Indian independence, the ousting of communist rule in Poland and many struggles since. When the legal system is used by those in power to protect injustice, it has helped people to be successful in overcoming it.

Scientists, civil society and religious leaders are calling for a rapid shift away from coal mining and a scaling up of renewable energy. However, these calls have gone largely unheeded by Australian governments who have historically strong connections with the coal lobby. This has resulted in Australia being a climate action laggard in the international community.

Our children and grandchildren will be grateful that there were people of faith who had the courage to take this form of action to resist the particular evil we face today.

Faiths For a Fossil Free Future 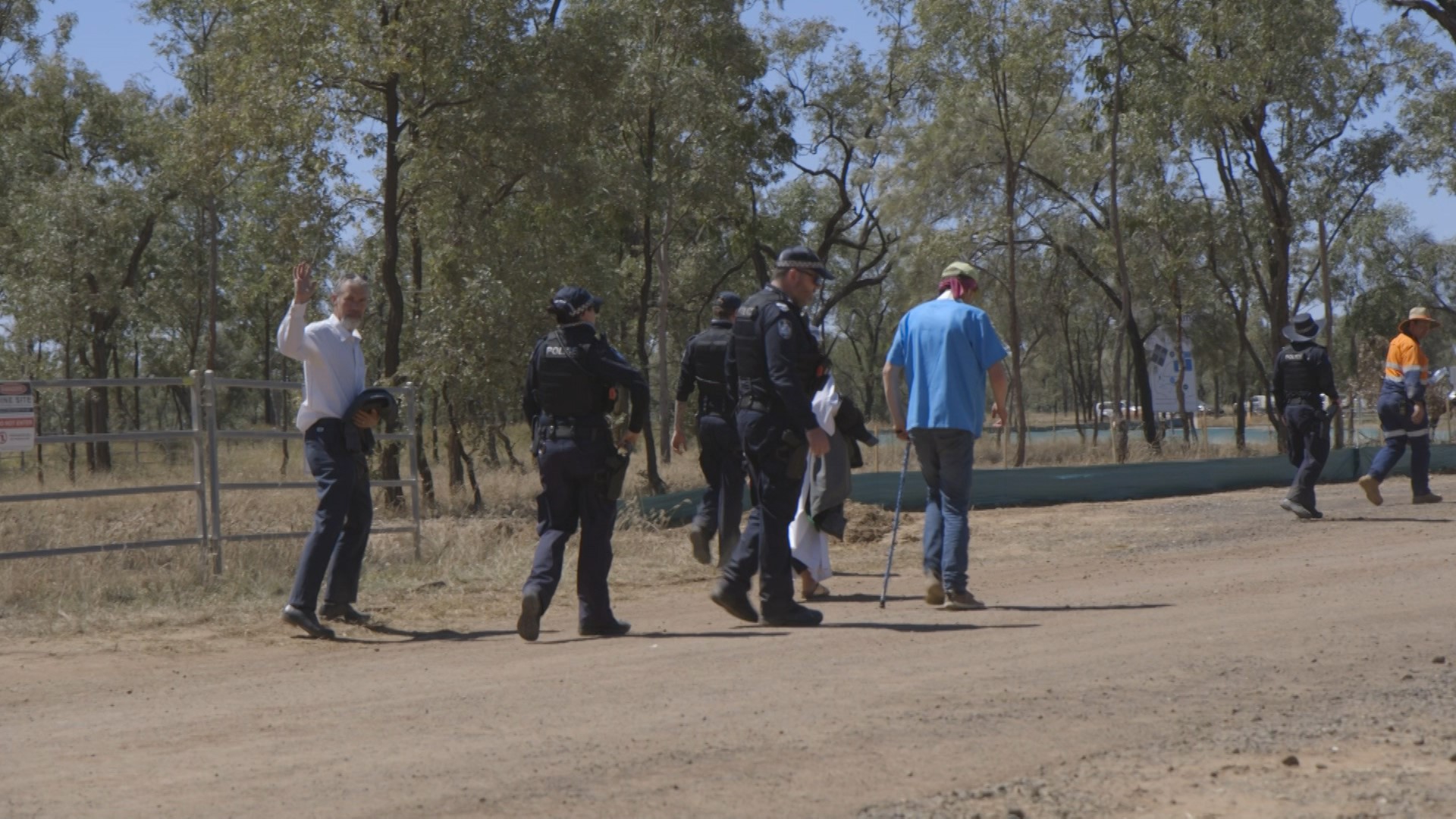