Adani is a very wealthy company, determined to profit from exporting climate-destroying coal to an already heavily polluted India, and other miners are ready to roll in behind them. This is why, despite the company's difficulties in realising their ambition, ARRCC is not being complacent. We are currently urging Labor to come out more strongly against new coal mines in the Galilee Basin, starting with Adani's Carmichael project. We plan to hold Funerals for Coal outside of key Labor MP offices, and to ask faith communities to put up public signs outside their places of worship highlighting the current climate emergency - which means we should Stop Adani and other new Galilee Basin coal mines. 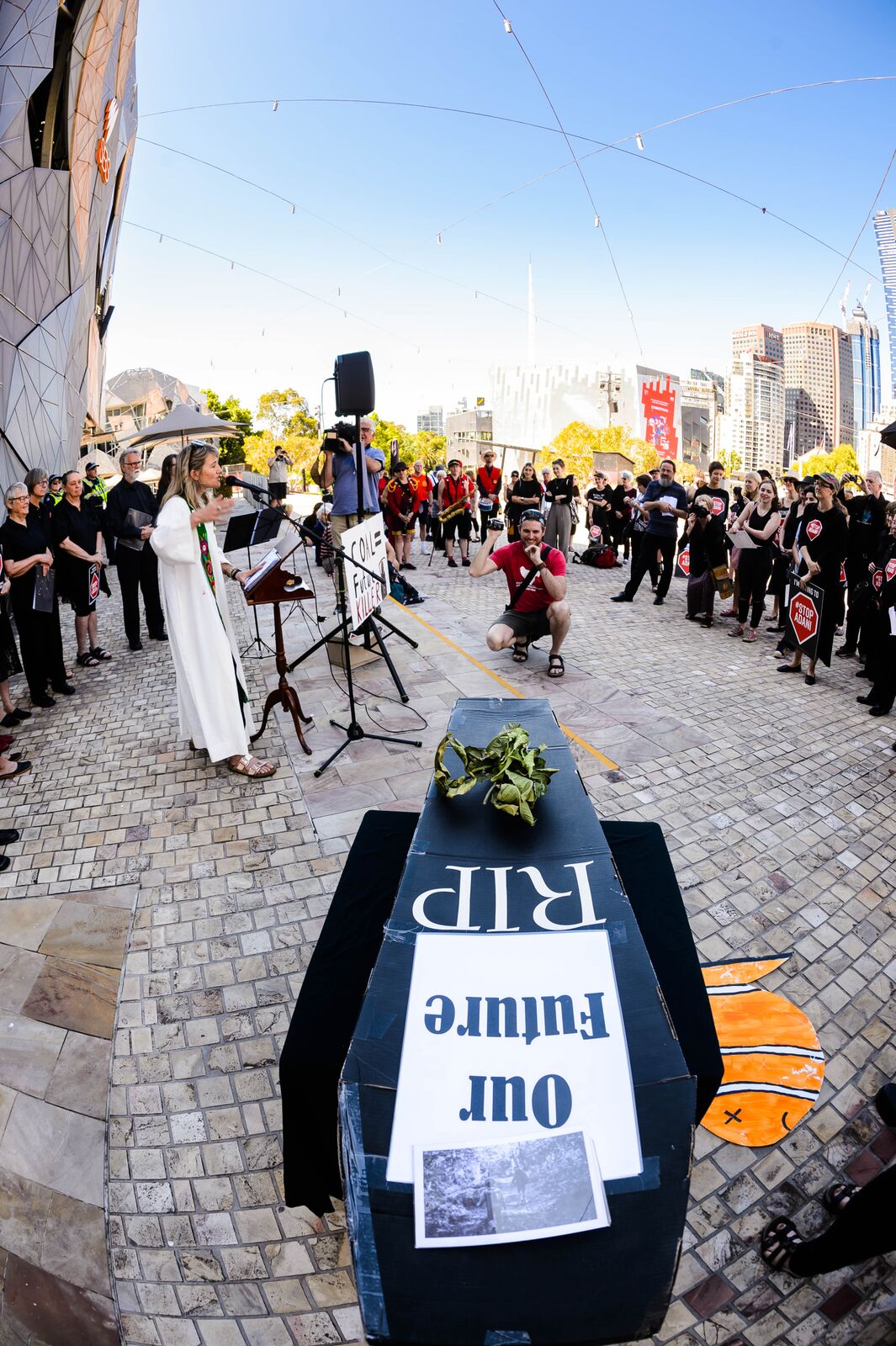 Adani has readied itself to start work at their Carmichael site but work cannot go ahead until further requirements are met. The company needs certain court cases to be resolved and further approvals to be granted. After the CSIRO gave a critical report on Adani's plans to protect groundwater and the Doongmabulla Springs, it appears that the Qld State Government is not satisfied that proper precautions are in place, especially as it has already been revealed that the company had been drilling for water illegally.

Adani's Lucas Dow is becoming openly annoyed with the Qld Govt, as reported here by the ABC.