When the Drosera Blooms - A Call to Living the Change

This blog was originally published on January 12, 2019 on Religica. In it, Philippa Rowland beautifully reflects on what it might mean to act in hope in a country now devastated by unprecedented bush-fires and drought.

Elders of many First Nations still maintain their lineage of understanding the ebbs and flows of the natural world and the interconnected web of all living creatures. This time of climate urgency calls us to respect and relearn the deep rhythms that hold all life in balance.

Kaurna Elder Uncle Lewis O’Brien shares a saying: “When the Drosera blooms, fires will follow.” The logic is simple: when this tiny insectivorous sundew flowers in a wet spring, the higher rainfall also increases the undergrowth that fuels summer wildfires.

Wisdom of countless generations enabled Aboriginal communities to co-ordinate sophisticated mosaic burning or fire-stick farming, knowing where and when to burn country to create havens of safety for people and fresh grass for kangaroos and wallabies, while also leaving plenty of habitat for tree-dwelling mammals like possums, koalas and gliders.

Summer began on December 1st, yet weeks before this many Australian communities were in shock with over a million hectares burning as 100+ wildfires tear a swathe across New South Wales and Queensland in the worst start to our fire season in living memory. Climate change is undeniable now in Australia, and we are highly vulnerable to its impacts.

Our major food bowl in the Murray-Darling Basin remains crippled by its worst known drought with no end in sight, and allocation of water is now prioritized to meet Critical Human Water Needs in country towns facing the end of current supplies. If atmospheric temperatures continue to rise, there is concern that a large proportion of agricultural production will cease, with respected scientists now calling for declaration of a water emergency alongside the climate emergency.

The children of today are awake to the plight of the world and respond with courage to march on the streets and call all humanity to urgent action on climate change. Yet privately, many speak of friends who feel anxious and suffer panic attacks when they think of their unfolding future.

So where do we turn for hope, for inspiration, for encouragement? And how do we demonstrate true leadership to those brave kids who show up in their thousands, calling us to task for not providing them with the safe climate future that is the birthright of every being?

It is a challenge for all alive today to face reality and feel keenly the pain of the Earth, yet to also maintain the hope that inspires and sustains timely action. Here then is the role of faith.

One key to our active engagement is the IPCC 1.5o C report that, for the first time, identified lifestyle change as a meaningful contribution to reducing human-induced climate change. This concept of community leading by example is at the heart of the global faith-led Living the Change initiative.

The impact of our daily lifestyles is part of the problem. The burning of fossil fuels and destruction of rainforest is a calamity driven by our cumulative lifestyle pressures: expectations of energy on demand for our devices, fast food, instant travel, holidays on remote islands. To paraphrase Mahatma Gandhi: We can each, in ways big or small, learn to live more simply so that other cultures, species, ecosystems may simply live.

For the sake of Mother Earth suffering “death by a thousand cuts,” we need to change our ways and live more gently, more wisely for all. Otherwise our legacy will match the views of a Tanganekald (Coroong) elder recorded by Tindale in 1938: “Our maldawuli (ancestors) told us, long, long ago, to ‘beware of ants’. Whitemen must be the ‘ants’ he spoke of, for he has eaten away all my people, my herbs, my game, and even my sandhills.”

Average emissions per person vary enormously, but UK figures are indicative for many in the developed world – an average individual emits around 13 tonnes CO2 per person per day, approximately 26% from travel, 25% from food and drink, and 16% from household energy. Living the Change proposes three pillars of personal action: Food, Transport and Energy.

Believing as Judith Wright says in her poem “Grace” that “living is dailiness, a simple bread/that’s worth the eating,” we have a chance to change on a daily basis and we can start today. This, in a nutshell, is the beauty of Living the Change.

We are all intimately connected to the living world, a state called interbeing by revered Buddhist monk Thich Nhat Hahn and integral ecology by Pope Francis. The Pope’s encyclical Laudato Si’ suggests God has written a precious book, “whose letters are the multitude of created things present in the universe.” We face not two separate crises, one environmental and the other social, but one complex crisis that is both social and environmental: “God has joined us so closely to the world around us that we can feel the desertification of the soil almost as a physical ailment, and the extinction of a species as a painful disfigurement.” Strategies for lasting solutions demand an integrated approach to combatting poverty, restoring dignity to the excluded and protecting nature.

When churches around the world rang bells for climate change in 2009, I was in Copenhagen Cathedral and saw three climate symbols solemnly carried down the aisle – a dried-up cob of maize from Africa, bleached coral from Tuvalu, and three glacier stones from Greenland.

I pondered what symbol might represent Australia and then it struck me like a bolt of lightning. It would be a lump of charcoal – for our vulnerability to the burning bush, and our seemingly incurable addiction to fossil fuels. Suddenly I clearly saw Australia stuck on the horns of dilemma – a country highly exposed to climate impacts and intensely reluctant to change. To our detriment and my shame, our Government still appears paralysed a decade later.

Yet, the energy tide is turning on this vast continent blessed with natural resources of sun and wind and wave. Fundamental transition is underway, with renewable energy competitive against fossil fuels. Diversity and flexibility provide grid stability, combining battery storage, pumped hydro and demand management. While excitement grows about the hydrogen economy, new private funding will soon enable a large Northern Territory project to export solar power to Singapore via an underwater cable. South Australia is regularly relying on between 50-90% renewables, and renewable energy provided half of Australia’s energy market in November 2019. Senior industry commentators now talk of potential for 500% or even 800% clean energy targets for the country.

The science is crystal clear: We cannot save the Earth by continuing business as usual. Swift action at the personal, community and political level is needed if we are to reverse our treatment of the global health of our planet for this and all future generations. To chart a path out of our current dilemma, we need to take immediate steps.

As a practising Buddhist, every day since my father died on New Year’ Eve 1996, I wake with a prayer in my heart: “May all living beings be happy, free of pain and suffering today”

My efforts feel small in comparison with the task, but if they encourage others, it is worthwhile. If we humans accept our collective role in creating this dilemma, it will empower us. Our communities need to lead the way. The scale of the unfolding disaster is immense in my eyes, yet I take deep hope in the ability for ordinary human beings to reach within and respond with love, courage and grace.

His Holiness the Dalai Lama has stated: “In the present circumstances, no one can afford to assume that someone else will solve their problems. Every individual has a responsibility to guide our global family in the right direction. Good wishes are not sufficient; we must become actively engaged.” And “Today, more than ever before, life must be characterized by a sense of universal sense of responsibility, not only nation to nation and human to human, but also human to other forms of life”

I was honoured when a koala was released into our garden for respite after she was rescued in heat stress on a hot windy day of catastrophic fire warning. It is a privilege to provide refuge for others. May we heed the signs from Drosera and Koala – and commit to living the change for the sake of all. 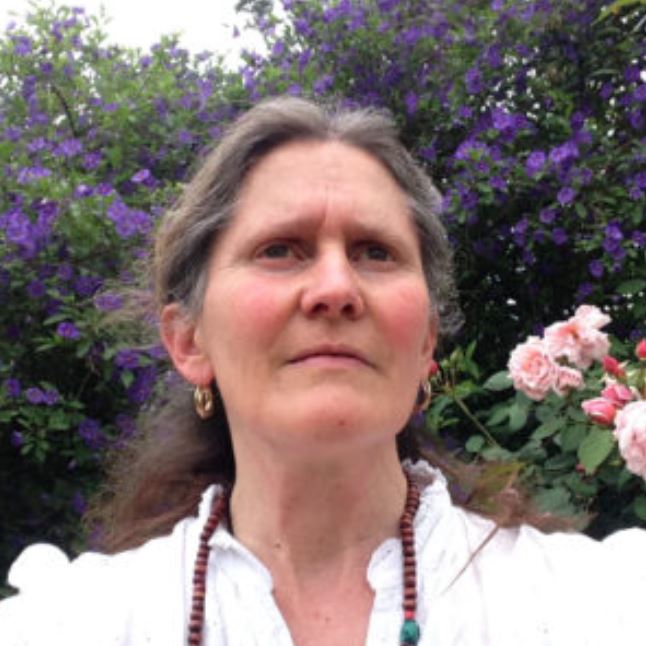 Philippa Rowland is President of the Multifaith Association of South Australia and a member of ARRCC (the Australian Religious Response to Climate Change).