Your faith community could be involved in this gentle, prayerful, hopeful action to address climate change.

#PrayForOurPacific Sabbath was initiated by some Christians in Fiji who are part of 350.org, a global movement acting on climate change. On the “front lines” of global warming, they are experiencing firsthand the impacts of sea level rise, ocean acidification, drought and intensified storms. They also know the power of prayer and the power of hope to drive action on climate change. 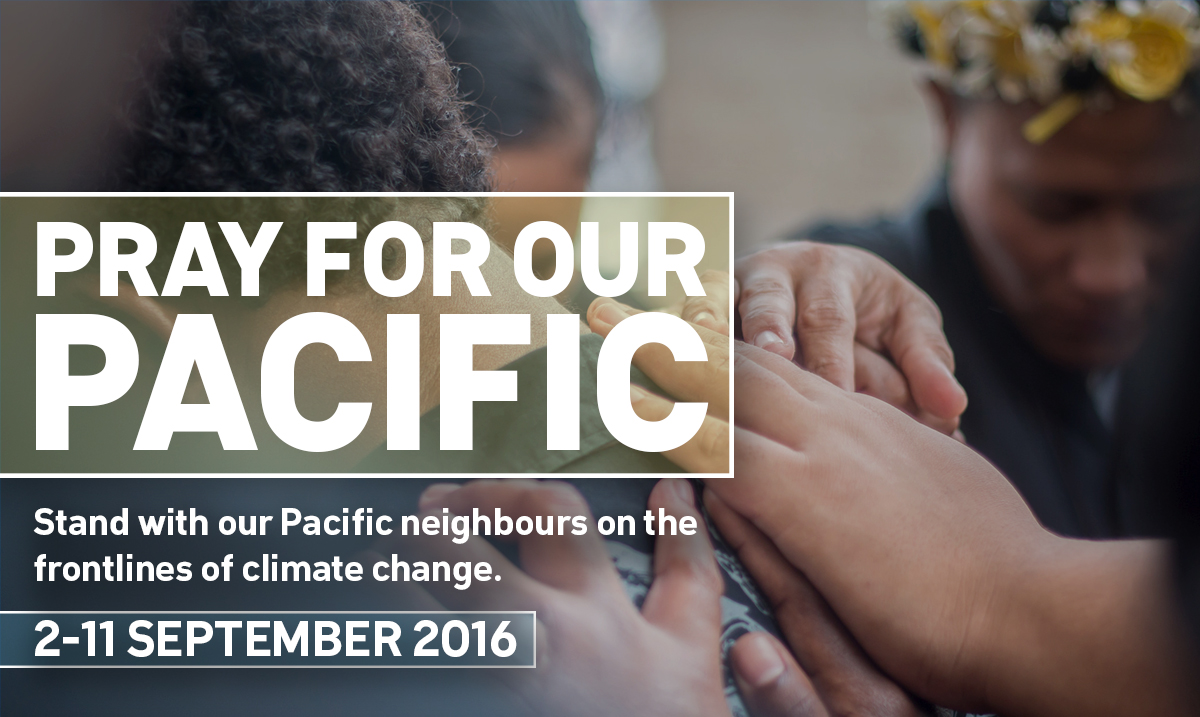 The Pacific Islanders write: #PrayForOurPacific is an opportunity for us all to come together in a unique way across the Pacific to uplift our impacted communities, our Islands, our families, our leaders and each other in prayer during the first or second Sabbath in September.

#PrayForOurPacific could be a way of helping your community to become more aware of the need for action on climate change.

It could be as simple as including the theme of standing with our Pacific Island neighbours in your community’s prayers, children’s scripture, the preaching and the choice of music. Or it could include show ing a short film clip after the service, such as this 3-minute poem “Dear Matafele Peinem” which won a prize and was read at a UN Climate Summit in 2014: https://www.youtube.com/watch?v=DJuRjy9k7GA . Or this clip produced by the Pacific Calling Partnership, calling on Australian politicians to consider the Pacific: https://www.dropbox.com/s/w5leptkcax1u13y/Edmund%20draft%205.mp4?dl=0

For communities interested, part of the impact is created by the number of communities known to be participating. The organisers would like to use photos and video footage from various participating communities to compile a YouTube clip that c an be used to encourage hope and action on social media.

Register your participation at: http://350pacific.org/prayforourpacific/ Further information will be sent to you.