Fr Peter Moore is a priest in the Anglican tradition as well as a climate activist. He may be humble and gently spoken, but there's plenty of fire in the belly! At the time of writing, he is the Chair Angligreen, Deputy Chair Queensland Churches Environmental Network and a Climate Reality Leader after training with Al Gore. 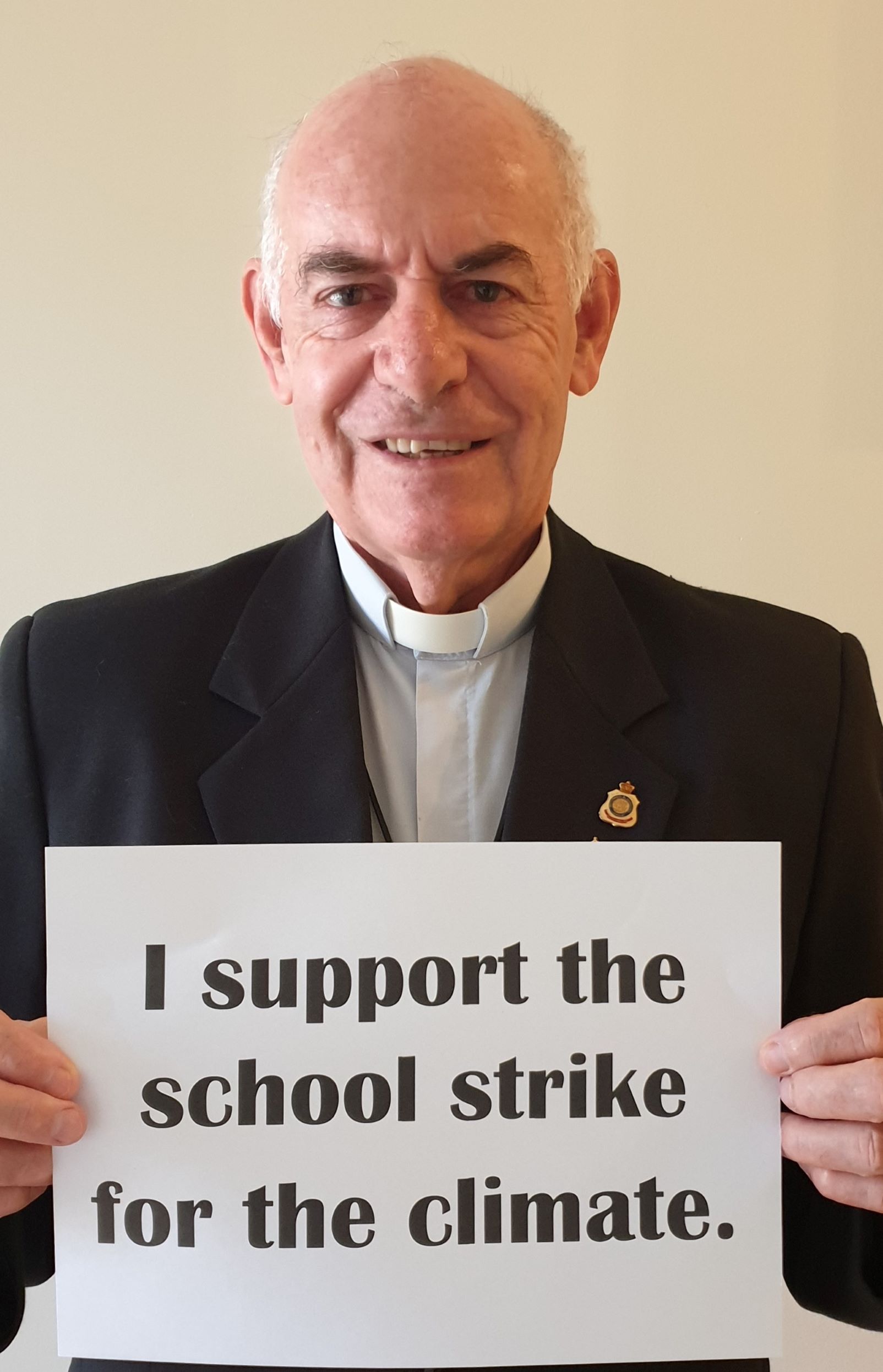 1. What does your faith tradition teach about simplicity? What are the attitudes to material consumption in your faith?

One of the Marks of Mission of the Anglican Communion is: ‘To strive to safeguard the integrity of creation and sustain and renew the life of the earth’. This reflects the teaching of Jesus who lived a simple lifestyle but is not always seen in practice. Although there have always been individuals and groups who have made commitments to live such a lifestyle, the majority have lived in much the same way as the general population. In 2007 the Anglican Church of Australia called on the church to reduce its environmental footprint. This was in line with similar moves across the Worldwide Anglican Communion. The attitude to material consumption is best expressed by: REVERENCE for all of Creation; REFUSE to use resources unnecessarily; REDUCE consumption and waste; REUSE resources where appropriate; RECYCLE materials where possible; REPAIR rather than throw away; RESTORE habitat and ecosystems.

2. Can you share a story of a change you have tried to make in your own life when it comes to diet (moving towards a plant-based diet and reducing food waste), mobility (decreasing use of car and plane) or renewable energy use?

When we built our retirement home, we chose a block of land in an estate with an environmental covenant on it, and the block came with a solar hot water system and rainwater tank for the home. We then chose a plan which was energy efficient and modified it to make it more so, to respond to the environmental covenant on the block: ceiling fans in all living and sleeping places, minimal incandescent lights, efficient plumbing etc, but also raised the ceilings and enlarged windows, which were already tinted to keep heat out, to assist cross ventilation. The house did not need air-conditioning. We were not allowed to remove trees from the block unless they were in the footprint of the house. We planted trees and allowed regrowth trees to surround the house. We have also added 5kw of solar panels on the roof and generate as much electricity as we buy from the network, or more.

3. What was it like to work to make these changes? What was difficult?  What was rewarding?  How have you persevered?

We did not find it hard to make the changes and it was no more expensive, though we did have to seek advice in the planning phase. There was some extra cost in adding the solar power although there were generous subsidies as well. The company we used to build the house now has solar power as standard for their homes. The reward was the saving on power bills and the comfort of a sub-tropical home which does not require much in the way of heating nor cooling. We open and close doors and/blinds to control the temperature and dress for the climate!

Yes, we have persevered. We replaced an earlier car with a more efficient one (6L/100km around town and 5L/100km on the highway) and use public transport (electric trains or buses on Natural gas in Brisbane, Queensland).

4. Are there further changes you would like to work towards?

We continue to work on reducing our environmental footprint by reducing how much red meat we include in our diet. Most red meat that we do eat is kangaroo which is wild harvested. We work hard on waste disposal and pick up plastics and rubbish on walks around our suburb, to keep them out of the creek. Further changes I would like to make include being involved in educating and encouraging others, within my church, other faith groups and the community at large to care for our planet home. I would also like to have more influence on our political leaders at all three levels of government.