This will be a nationally televised address at the National Press Club in Canberra, 11.30am - 1.30pm Wednesday 22 February.

The Australia Institute would love to have a good representation there from the Churches, to show Bob’s views have a lot of support in Australia.

Bob is a very committed member of the Redeemer Presbyterian Church and prominent member of the Republican Party. He is the most important conservative and Christian voice for climate action in America. The election of Donald Trump makes Bob Inglis’ stand particularly important. 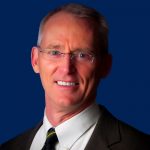 Bob Inglis is a lawyer and former US Congressman who is now a leading figure in the ‘Eco Right’ movement. His address to the National Press Club will offer important insights into what is actually at stake in climate politics under the new US administration.

Inglis began his career in Congress as a critic of climate action and came to accept the science after visiting Antarctica and snorkelling on Australia’s Great Barrier Reef with a scientist, Dr Scott Heron (who featured on ABC Catalyst).

On his return to America, Inglis advocated for climate action and this ‘heresy’ cost him his seat in Congress. In 2015 he was awarded a John F. Kennedy Profile in Courage Award for his political bravery.

In 2012 Inglis launched the Energy and Enterprise Initiative at George Mason University in and serves as executive director, where he promotes free enterprise action on climate change. The Initiative does grassroots work under the republicEN.org brand. This network of 2096 Americans educates “conservatives, libertarians, and pragmatists” about free-enterprise solutions to climate change.

He says that conservative should adopt the best, free-market solution, which is an economy-wide carbon tax with border adjustments that protect the economy from low-cost, high-carbon imports. He will explain how this ‘no regrets’ position could work in Australia.