Deeper Listening in the natural world

There was such a positive response to Andrew's talk and Q&A with the Faith Ecology Network a few weeks ago (if you missed it view it here) that he has agreed to come back and dive more deeply into some of his content, plus respond to our questions.

If you were at the first session, you will have a chance to vote on what you would most like to hear him expand on next week, but for now everyone can book your free place by clicking here!

Andrew Skeoch addresses the fundamental question of our human relationship with the living biosphere, by sharing his reflections on a lifetime collection of spectacular recordings and visual of all creatures, great and small. “Tuning in to these sounds takes us on a journey of discovery into what nature is saying, and the living processes of whole ecologies.  As we listen carefully, we begin to comprehend the languages of the natural world.”

At 4:30pm on Nov. 5th, Andrew will encourage us to listen and engage personally with nature, and guide us in our listening. 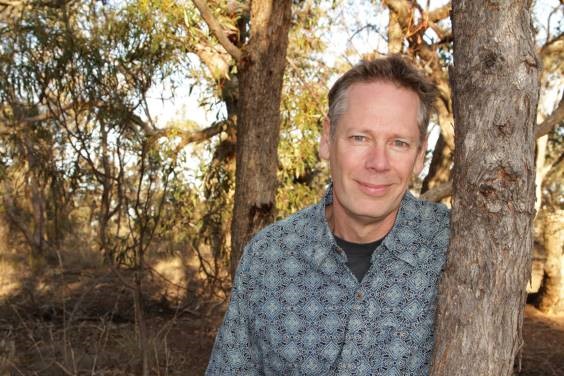 “When we listen to animals we hear their sentience, and their absolute right to share this planet with us. When we listen to nature itself, we can hear that life is shaped more by compatibility and mutual benefit than competition.  Indeed, sound has shaped life itself, sound is the dark matter of evolution.”

The Faith Ecology Network has long promoted the radical act of listening deeply to another person whose beliefs differ from our own. Andrew invites us into a listening which is an order of magnitude more radical. He will guide us as we listen beyond the anthrosphere, to that multitude of other species we share our planet with. Our ancient ancestors practiced an acute listening to the natural world, and indigenous peoples often still do. When nature is attended to very closely, it becomes an intimate reality, in which listening transforms our relationship.

Andrew is an educator, naturalist, environmental thinker and one of Australia's best-known nature sound recordists, collecting some of our planet's most beautiful and fascinating sounds. The result is over 100 nature albums available to the public at https://www.listeningearth.com/

Through a sharing of ideas, supported by spectacular recordings and visual analysis, he seeks to address the fundamental question of our human relationship with the living biosphere.  Andrew has appeared on TedX Canberra, the Woodford Folk Festival and the ABC’s 'Big Ideas'.