ARRCC believes that the values of the world's religions call people of faith to consciously consider the amount of meat we eat, how much we actually need, and what the effects of our meat consumption are. This would, ARRCC believes, lead to a desire to eat less meat as part of efforts to tackle climate change and create a more sustainable, ethical way of living.

Meat production/consumption plays a major role in climate change and environmental degradation. It also connects with issues of global justice in relation to food, the compassionate treatment of animals, nonviolence, and health. The world's religions have a lot to say about protecting the environment, serving the needs of the poor, kindness towards animals and healthy living. These matters are also interlinked with climate change and meat consumption. 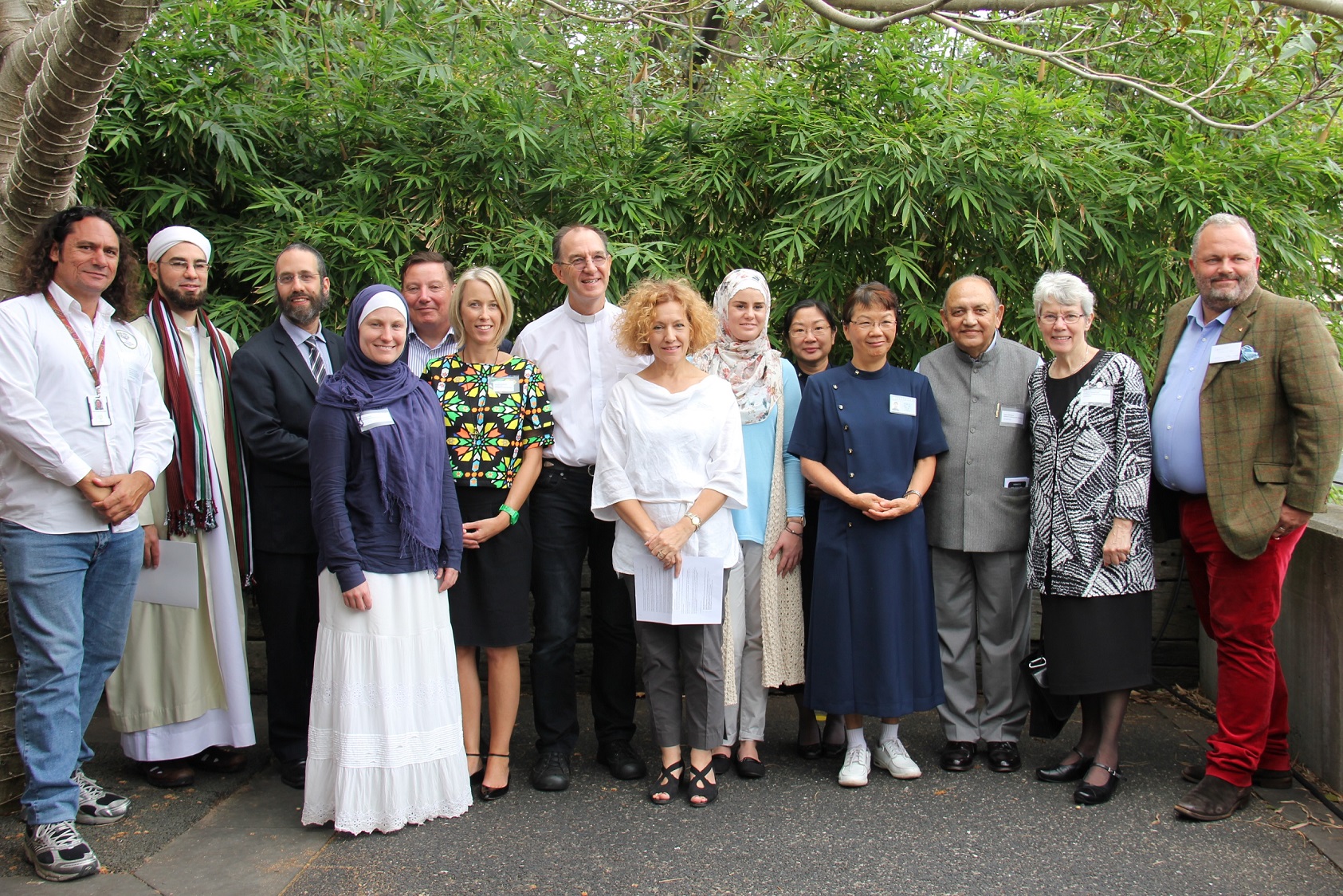 Faith community leaders at a Food Faith luncheon organised by the Institute for Sustainable Futures and ARRCC, February, 2015

Below are also some statements about meat consumption from prominent, non-religious people.

“I say that the single most effective action that a person can take to curb global warming is support a moratorium, and eventual phase-out, of coal-fired power plants. However, in our personal life styles, the most effective action is to begin to alter our diet more toward vegetarian. I do not believe it is realistic to exhort everybody to become vegetarian, but we can greatly reduce the stress on the planet, including global warming, with realistic changes by a large number of people.”
- James Hansen, NASA scientist

“In terms of immediacy of action and the feasibility of bringing about reductions in a short period of time, it [reducing meat consumption] clearly is the most attractive opportunity. Give up meat for one day [a week] initially, and decrease it from there.”
- Rajendra Pachauri, Chair, UN Intergovernmental Panel on Climate Change

"There is a serious issue about the connection between the growing meat intensity of diets around the world and damage to the environment. That is a legitimate issue. And like a lot of people, I eat less meat now than I used to. I'm not a vegetarian and don't plan to become one. But it's a healthy choice to eat more vegetables and fruits. So it's not a laughable issue. But the biggest issue by far is CO2. And methane comes from a lot of sources including coalmines, rice, a lot of sources. And it plays a somewhat larger role than scientists thought."
- Al Gore