I wake up to the sound of our ceiling fan slowly creaking to a halt. The electricity has just gone off for the second time in as many hours. It is not long before I am soaked in sweat. But, not to worry. I will need to get up soon for my 4.30 am online Maths lesson anyway.

That was two years ago when I was doing Year 12 via the Brisbane School of Distance Education from a Lucknow slum, in Utter Pradesh, northern India. My parents, inspired by Jesus’ example of seeking out the downtrodden and caring for ‘the least’, moved to India in 1995 to work for and live with people living in Indian slums. Rather than imposing a Western worldview or coming in pretending they had all the answers, they chose to listen deeply and advocate alongside the slum dwellers for their rights, from health to education and housing to employment. 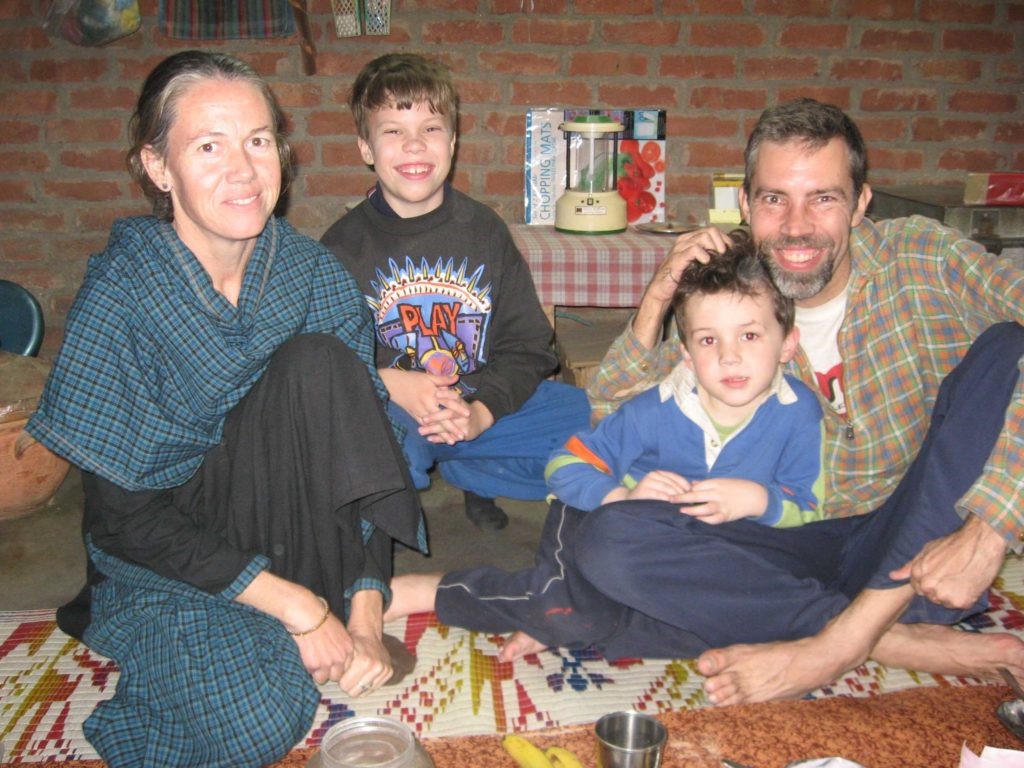 The Delaney family enjoying some time together in their Delhi home in 2006, sitting on the floor as is customary among Indian families who live in slum areas (L-R: Cathy, Tom, Oscar, Mark)

Sweltering monsoon nights with intermittent electricity gave me a keen appreciation of how unpleasant extreme heat can be. It’s little wonder much of the tropics are projected to become uninhabitable by 2100 with temperatures set to rise further if the path we are on continues. But soaring temperatures are not the only reason I am worried about climate change – it is also a matter of faith.

Knowing how hard it already is for my Indian friends to eke out a decent life for their families, I fear for how they will cope once temperatures soar, seas rise, deserts expand, cyclones pound and crops fail. The World Bank, not known for its alarmism, predicts that living standards will worsen for nearly half of India’s population by 2050 – the half that is already really struggling.

An older farmer told my family and I a few years ago that when he was a young man he could predict when the monsoon would start – and thus when to plant his rice – almost to the day. But now he finds the seasons are chaotic and unpredictable, with premature deluges drowning his seedlings some years and a failed monsoon parching his land the next. He hadn’t heard of ‘climate change’, but was already feeling its sting.

City dwellers will be particularly vulnerable to the social and political strife caused by climate change. I remember walking home from preschool one day with Dad amid a political riot, and that later a tear gas canister flew into our courtyard. It was scary to imagine how bad things could have gotten if the situation spiralled further out of control. I worry about the socio-political impacts if food or water run short in the future and the possibility of violence following. It would be particularly bad for Muslims and Dalits (sometimes referred to as ‘untouchables’) – groups already scapegoated for some of India’s problems. Currently, some Muslims are being ostracised and sacked based on misinformation that they are primarily responsible for spreading coronavirus, my Indian friend, Gulnaz, tells me. 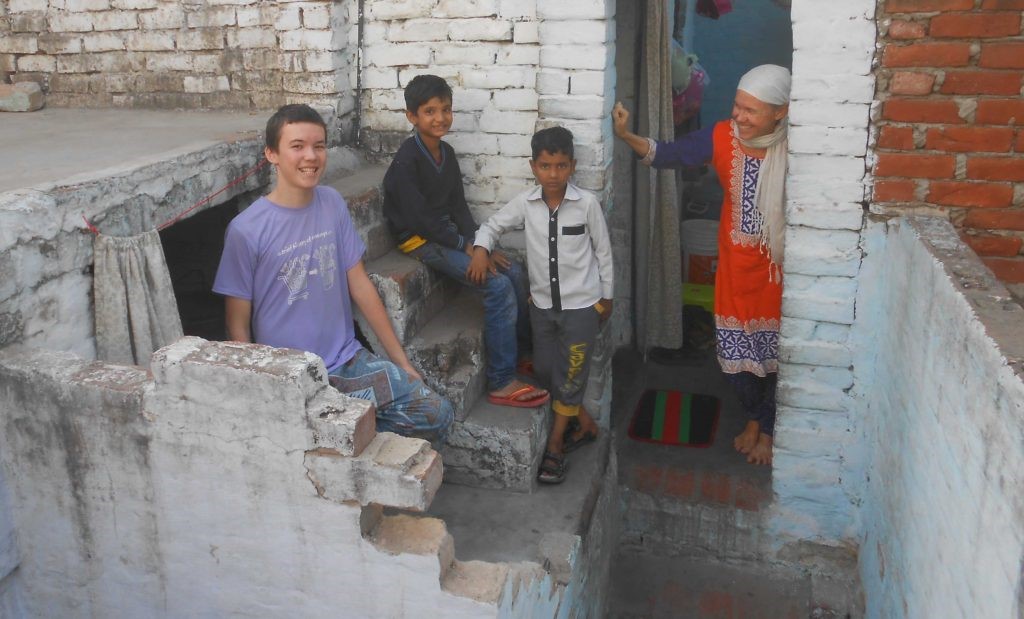 Oscar at the entrance to the ‘low room’ where he did his early morning classes so as to not disturb others: at home with Cathy and friendly neighbourhood kids, Adil and Javed, in Lucknow in 2017

Therefore, I have decided that one of the most important things I can do for my Indian friends while I am not living there is to help combat climate change. That is why I am a vegetarian, use public transport, buy things mainly second-hand and only fly once every few years (to go between India and Australia).

One of the many things I have learnt from Jesus is that the personal and the political go hand in hand. Jesus did not just pray for the world, he went out and changed it. And, we are called to do likewise – in whatever ways we can.

So that’s why I write to elected representatives and business leaders urging them to build a better world and a safer climate. That is why I talk with people at polling places and at my church, Youth Group and university about climate change. That’s why I go to peaceful protests. 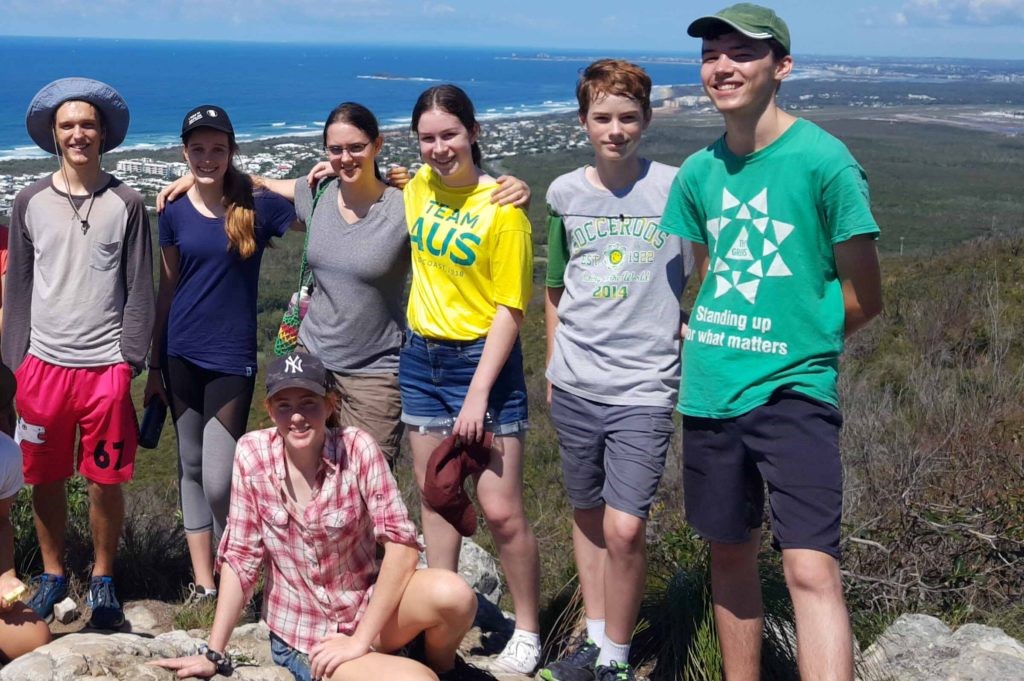 Before COVID-19, I participated in a few acts of nonviolent civil disobedience. On one occasion 10 of us were arrested while making origami wind turbines as we did a peaceful ‘sit in’ within the lobby of a large engineering firm (then contracted to work on Adani’s mine). After the bushfires nearly razed a colleague’s home in December last year, we took some of the charred wood from his street and symbolically placed it at the door of another Adani mine contractor. 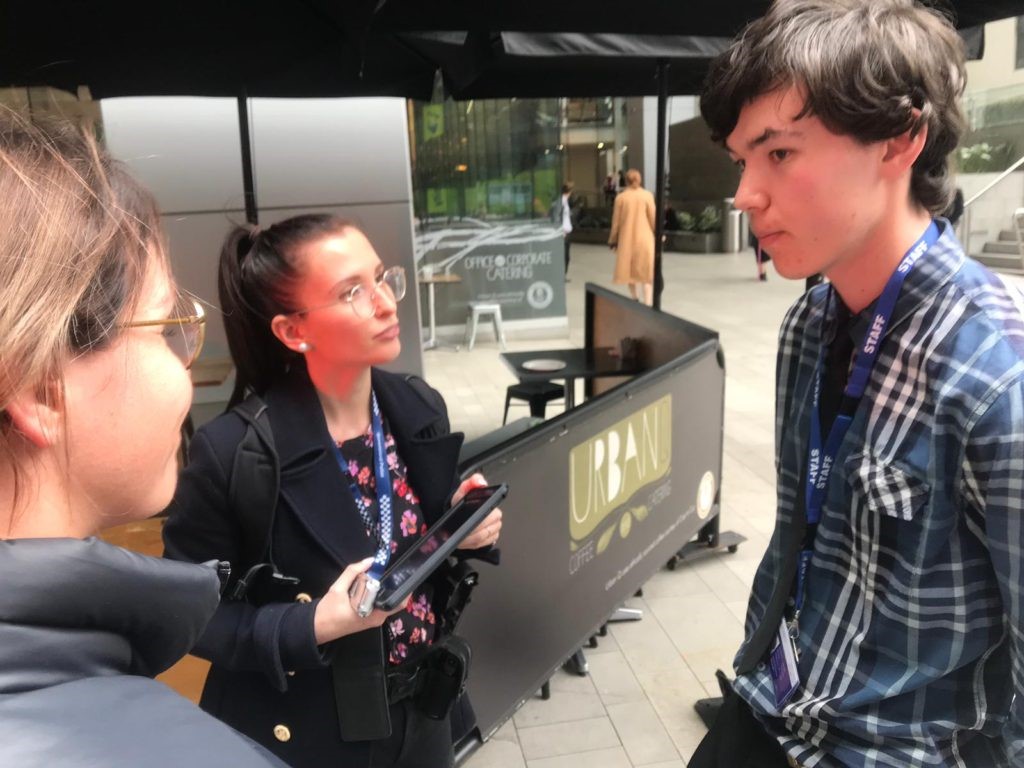 In 2019 Oscar was arrested, along with his parents and seven other activists, for a peaceful sit-in at engineering firm GHD’s Brisbane offices (GHD has since terminated all work with Adani)

Many of the things we now take for granted both locally and internationally, such as women’s suffrage and American Civil Rights, were achieved through nonviolent civil disobedience. Christians have a long and proud tradition of leading peaceful social activist movements, including journalist and activist Dorothy Day (now a candidate for canonisation in the Catholic Church), Baptist minister The Rev’d Dr Martin Luther King Jnr; martyred Lutheran theologian Dietrich Bonhoeffer; and, Anglican Archbishop Desmond Tutu. Such inspirational Christian role-models motivate me to go on. 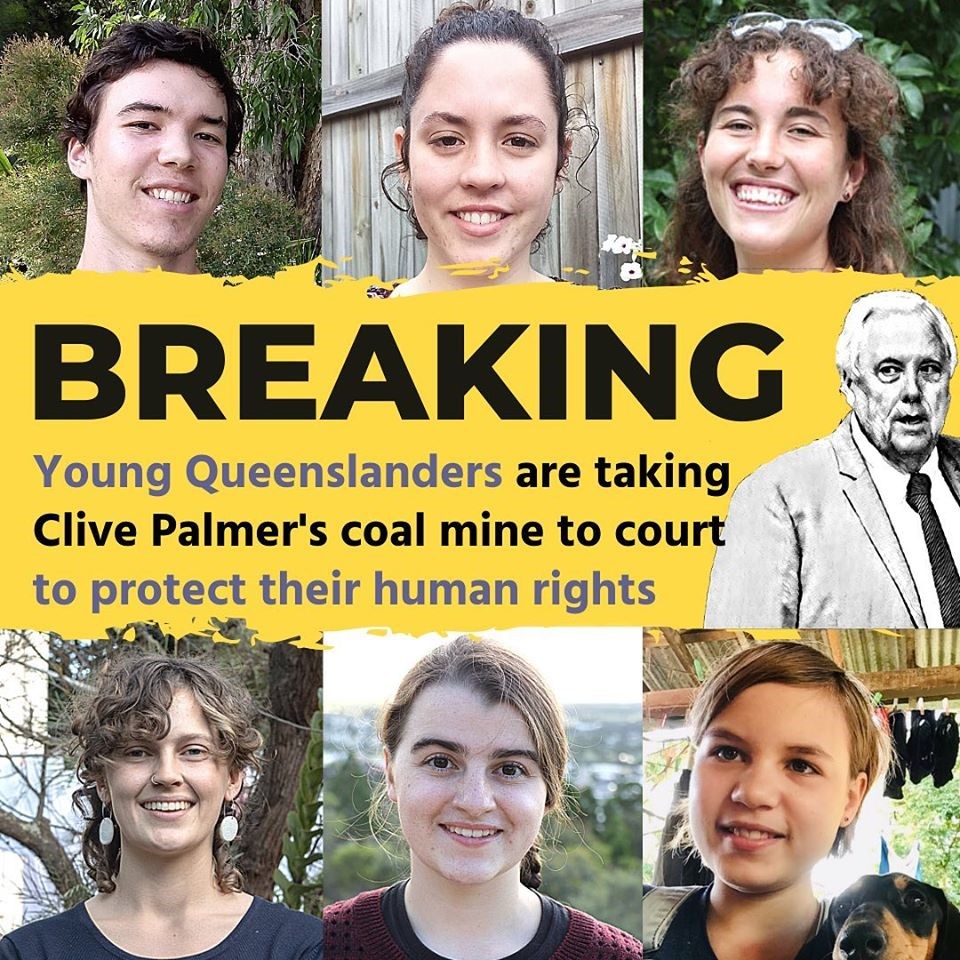 The climate activism work I am most excited to be involved in currently is with a new group called Youth Verdict. A diverse group of 25 young Queenslanders, we will argue in the Land Court of Queensland that Clive Palmer’s proposed Waratah Coal Mine, which would extract four times as much coal annually as the Adani mine, endangers our human rights to life and property by causing more frequent and severe extreme weather events. This landmark case is the first to link climate change to human rights in Australia, and a win could have profound ramifications for other carbon-intensive projects around the country.

There has been significant support for Youth Verdict’s court challenge, including sympathetic media coverage on the ABC’s 7.30 with Leigh Sales, which is great.

So, caring for creation and caring for people living in poverty in India are intimately intertwined for me.

While there is lots to like about India, the preponderance of rubbish in public spaces always grated on me. “We don’t like it either,” one of our neighbours mused. “But everyone else leaves their litter in the street or tosses it in the drain, so what difference can I make?” Upon my return to Australia, I sometimes heard people commiserate with me about the perils of climate change, but then in the next breath absolve themselves of responsibility by saying there is nothing they can do that will make a difference in the bigger picture. 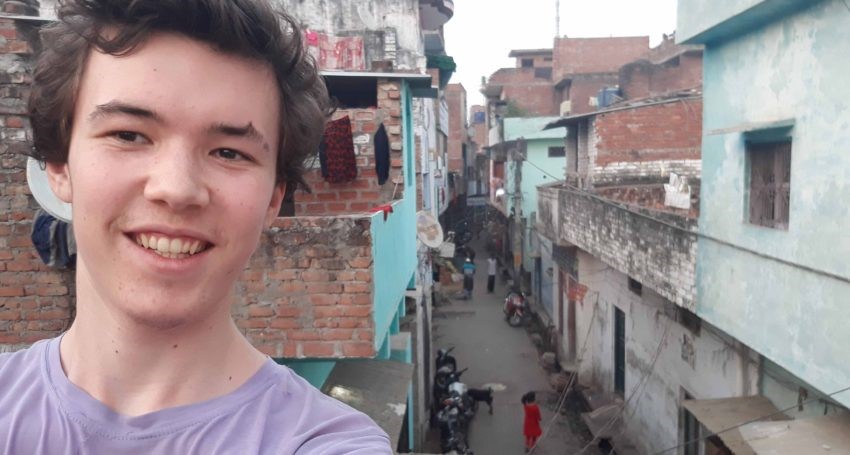 Thankfully, as people of faith, we know that the actions of an individual can have lasting ripple effects. When the woman of Luke 7 washed Jesus’ feet with her tears, it may not have amounted to much at the time, but her example, as an individual act of kindness in a broken world, is something we still talk about today.

Sometimes I wonder when advocating for a safer climate: “Will my next email to a mining CEO lead to the awakening of his conscience?” or “Will my going to another protest or not buying a new gadget save us from climate change?” I always come to the same conclusion, that we are all called to act justly and do our little bit towards creating a fairer world, even when it seems like just a drop in the ocean. The way individuals have collectively pulled together for the common good to help flatten the COVID-19 curve shows what we can achieve when everyone does their bit. I am hopeful that as part of the growing groundswell of grassroots advocacy and creation care, together our efforts will amount to something.

I dream of a world united by common cause to mitigate climate change and simultaneously eradicate poverty though a fairer sharing of earth’s plentiful resources. I yearn for a world where everyone is aware of the deep social and ecological suffering caused by lifestyles of over-consumption and changes their habits accordingly.

Like Paul, I groan with creation, expectantly hoping for a time when we no longer need coal mines because clean energy flows abundantly and no longer need ‘environmentalists’ because every person cares for creation.

‘First published in anglican focus on Wednesday 27 May 2020’