Hundreds of people of faith have celebrated Time for Living the Change (Sep - Dec) in various capital cities, at gatherings organised by ARRCC. People affirmed each other in the steps they had already been taking towards more climate-conserving lifestyles, and challenged each other to think about further steps they could take. It was heartening to see how much people are already doing to reduce their climate impacts, and these were celebrated.

Air travel was acknowledged as particularly complex, so people interested in exploring this in a supportive context are being invited to participate in Grounding in Faith. The first webinar is being offered during Time for Living the Change by Renee Lertzmann in the US, who is well-known as a psychotherapist and climate communicator. See https://livingthechange.net/grounding-in-faith

Participants in the workshops were encouraged to talk about lifestyle changes they were considering, including their fears and concerns. Coordinator for Living the Change at ARRCC, Mark Delaney, who ran the Brisbane event, said that when making lifestyle changes, it is vital for people to have the chance to ask questions and troubleshoot their concerns with others.

“It’s one thing to decide in your head that you want to live a more environmentally friendly life, but it’s another to actually do it,” Mr Delaney said. “Expressing our concerns and fears is key to overcoming them and putting our ideas into practice.”

Brisbane workshop participant, Rob Farago, said he was committing to flying less to save carbon emissions. “I’m a bit worried, since we have family overseas and it’s nice to visit them, but I’m confident we can reduce our air-miles,” Mr Farago said.

Living the Change events were held in Sydney and Melbourne on 8 September, in Brisbane on 15 September, and in Adelaide and Hobart on 21st and 22nd September respectively, coinciding with the International Day of Peace.

Participants heard speakers from various faith traditions, including Imam Hassan Elsetohy, President of the NSW Council of Imams in Sydney, and Indigenous Anglican priest The Reverend Glenn Loughrey in Melbourne. 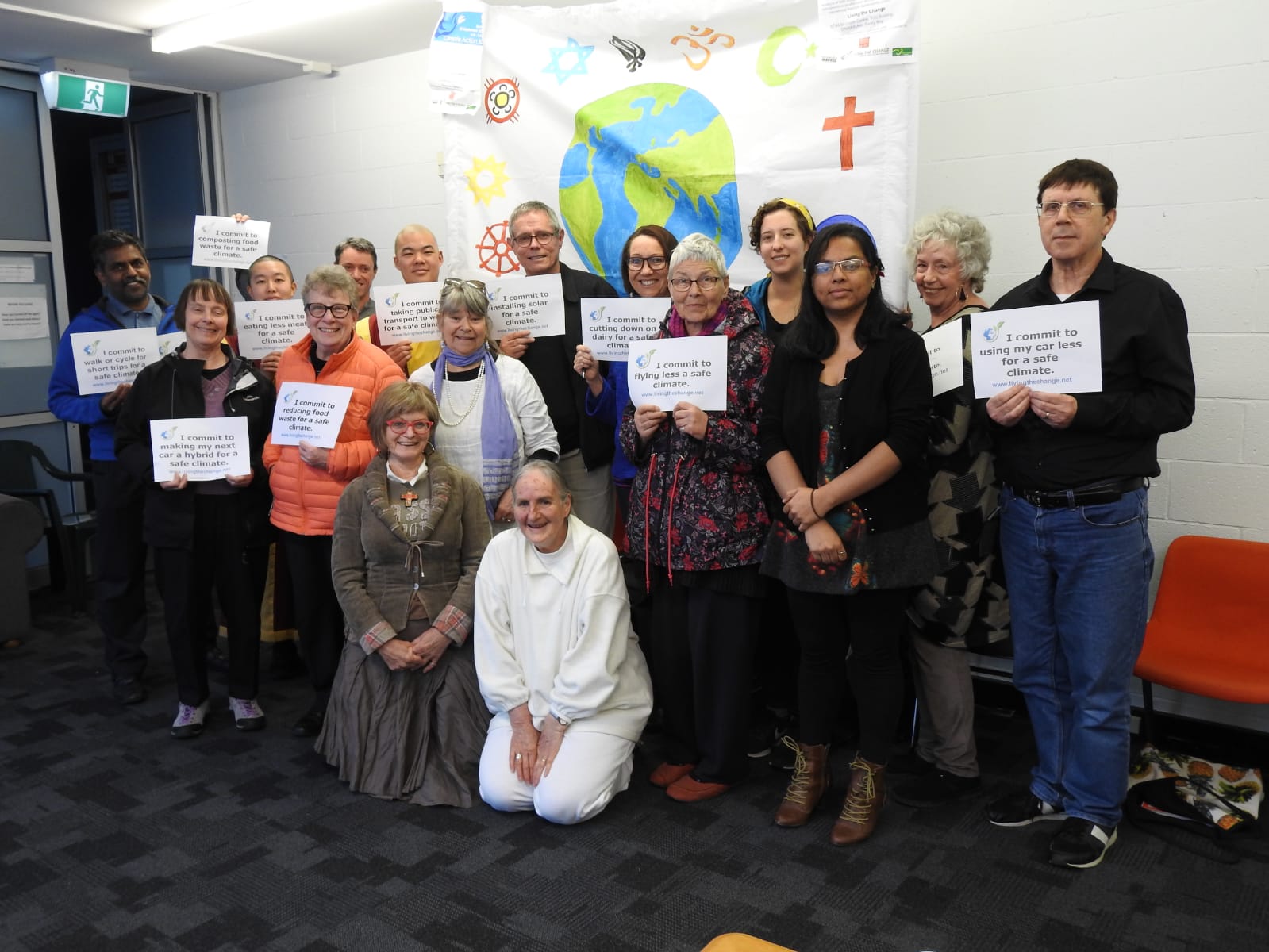 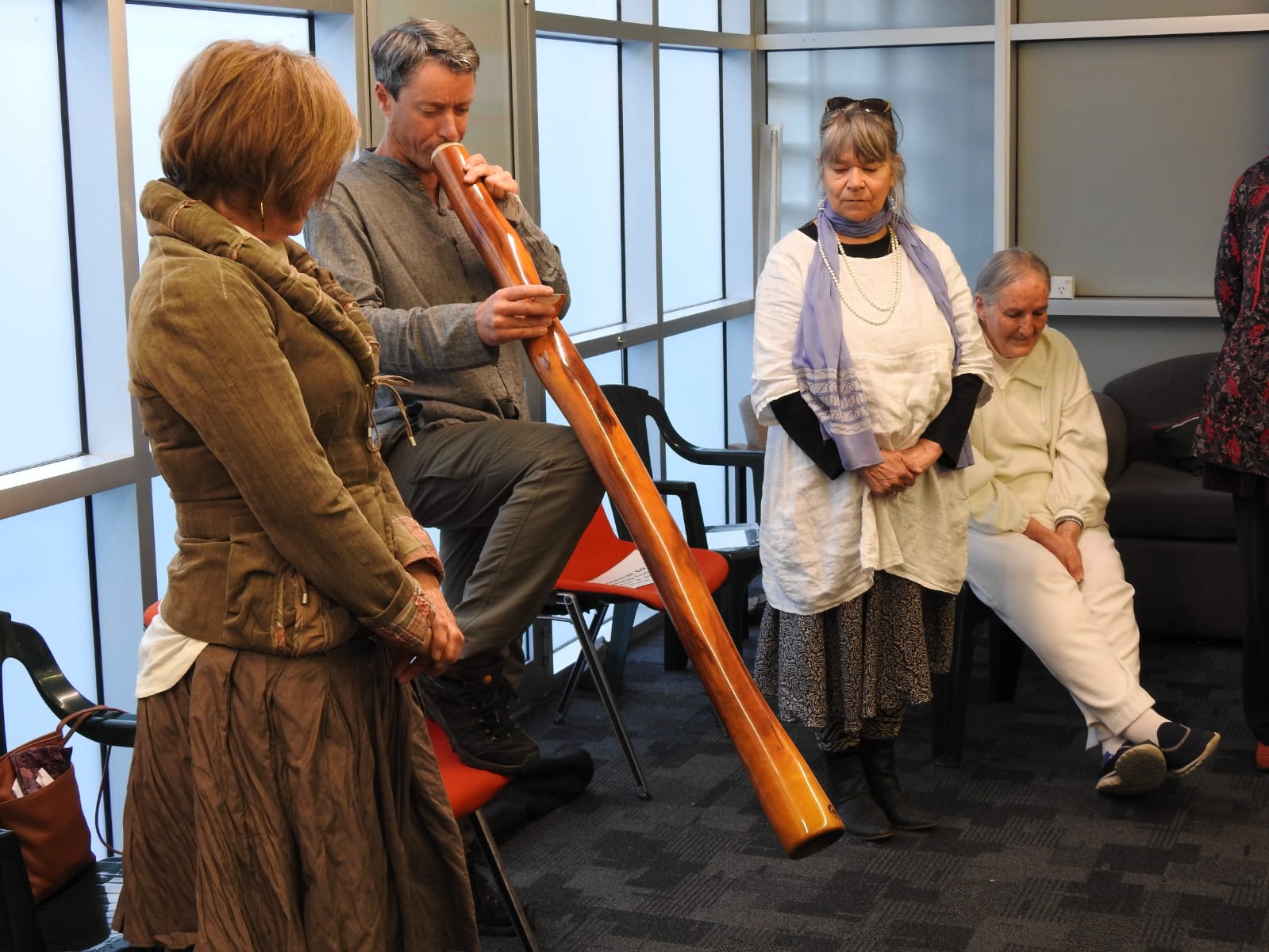 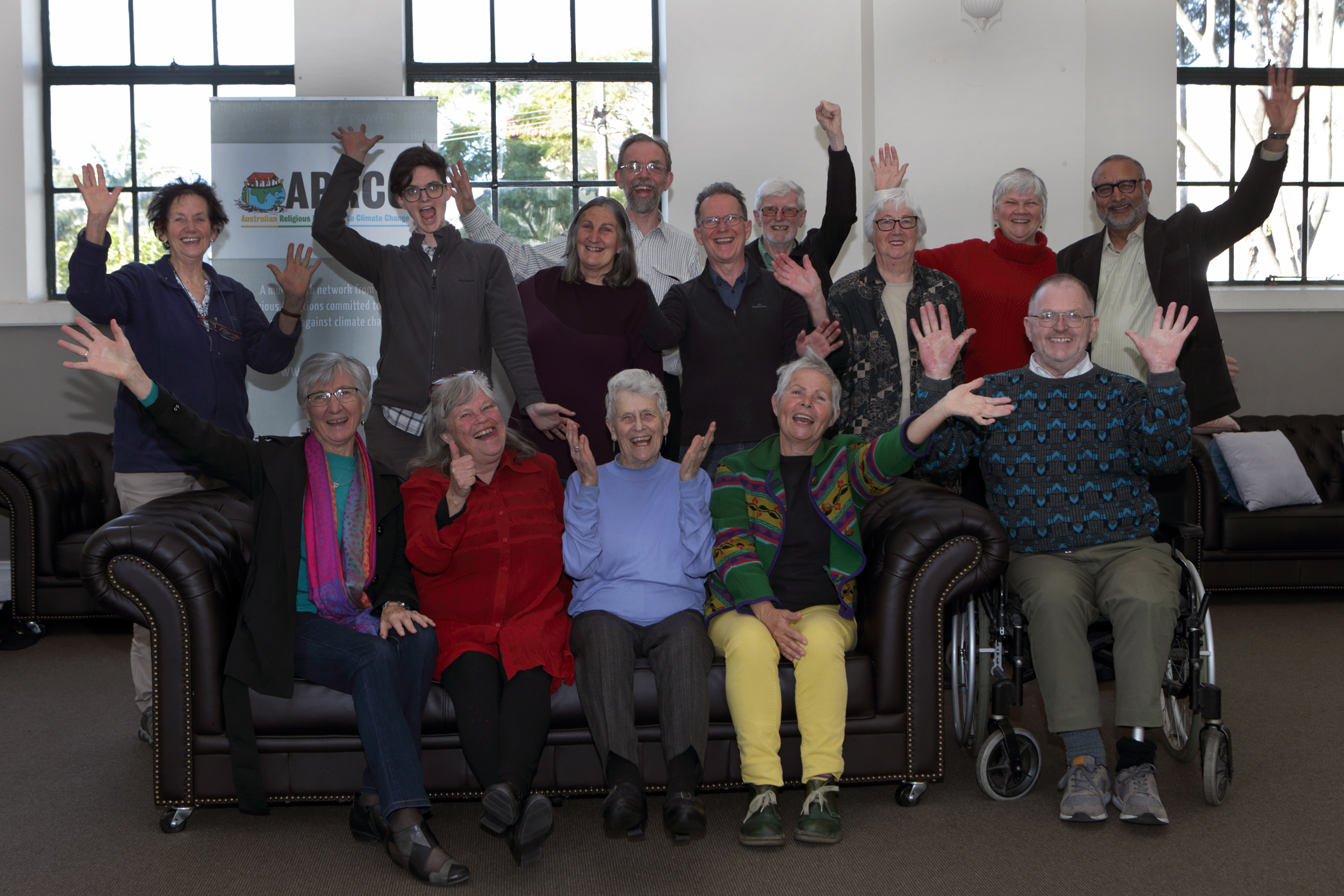 "We started and finished our gathering with two short religious rituals - a guided mediation and a responsive reading using Earth symbols,” said Warren Talbot, of the Sydney gathering. “This helped participants focus on the fact that we were gathering as people of faith, and drawing on the resources of our different traditions."

Philippa Rowland, President of the Multifaith Association of South Australia said, “It is a privilege to gather as people of many faiths to celebrate our commitment to interfaith harmony and to urgent climate action in Australia, just one day after the global, student-led, Climate Strikes.” 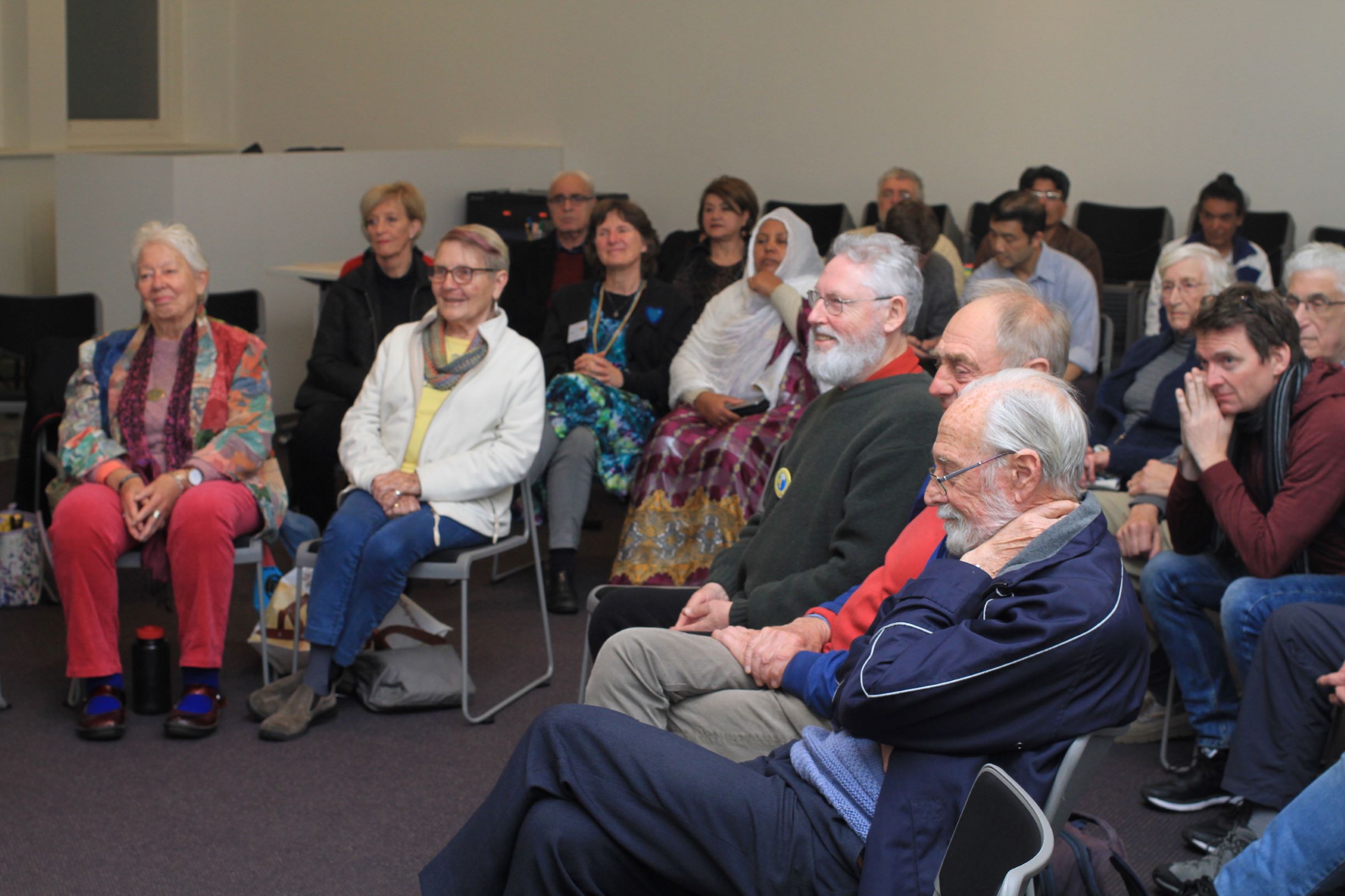 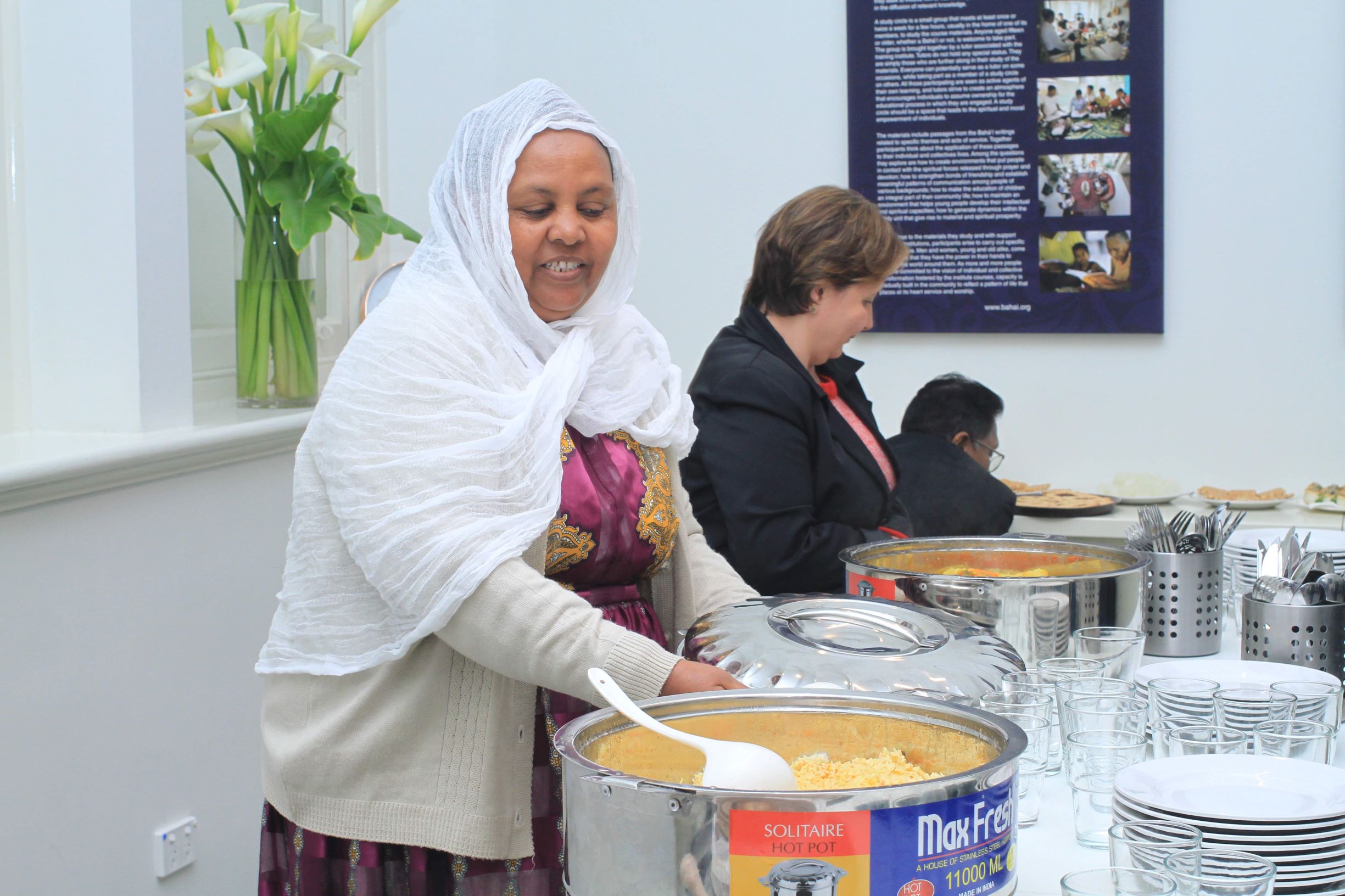 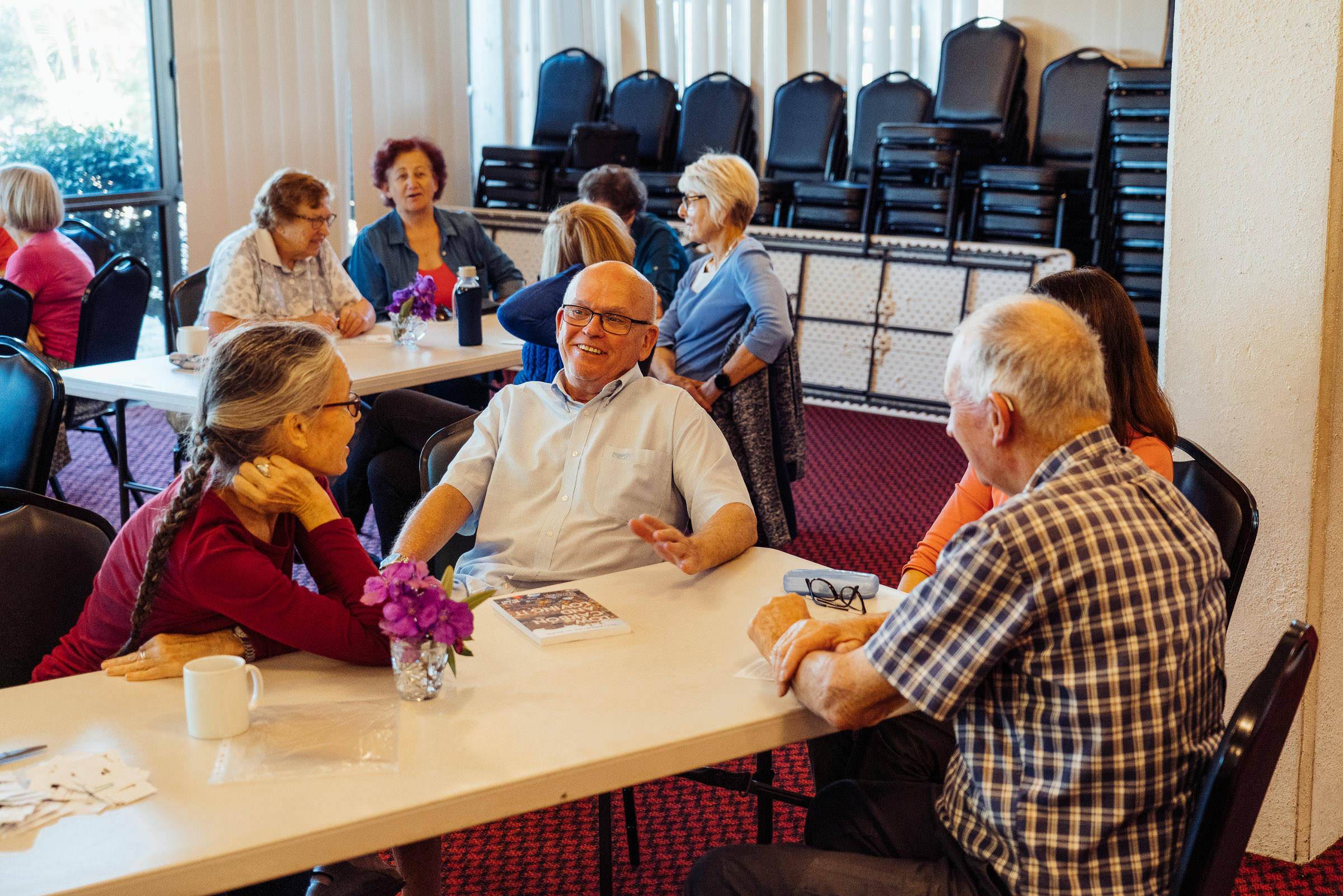 Living the Change is premised on the idea that combating climate change requires not only political action, but also individuals simplifying their lifestyles.

“Those lifestyle changes are good for us as people, but they also drive bigger-picture changes,” Mr Delaney said. “Our choices show our care for creation, but also drive change.”

Participant at an earlier Living the Change workshop, retired physiotherapist Paul Grace from Brisbane, said that he is doing his next trip to Melbourne by train instead of flying.

“If enough of us do that, then sooner or later the government will put in a high-speed electric rail line between capital cities to make those trips much less damaging to the environment,” Mr Grace said.

“What my super funds are investing in is very important for me as a Quaker concerned with care for the earth,” said Sue Ennis, who coordinated the Melbourne event.

Workshop participants were invited to record their commitments to a lower-carbon lifestyle on the Living The Change website.

“There’s absolutely no pressure to make your commitment public, but those who want to, can register that commitment, and in doing so, get a sense of other people around the world making similar choices,” said Terry Sussmilch, convener for Religions for Peace in Tasmania, and coordinator of the Hobart event. “It’s important for us to not feel like we’re making these choices alone.”

Workshop conveners have found that people are making very significant, counter-cultural decisions for the sake of the environment.

“Miriam hasn’t flown for 10 years; Ken and Harriet have built a house entirely from recyclable materials; and Rob has purchased an electric car, generating all the power he needs from solar panels on his roof,”  Mr Delaney said.

“When I hear the things people are already doing, and the commitments they’re making today, it gives me great hope that change is possible.” 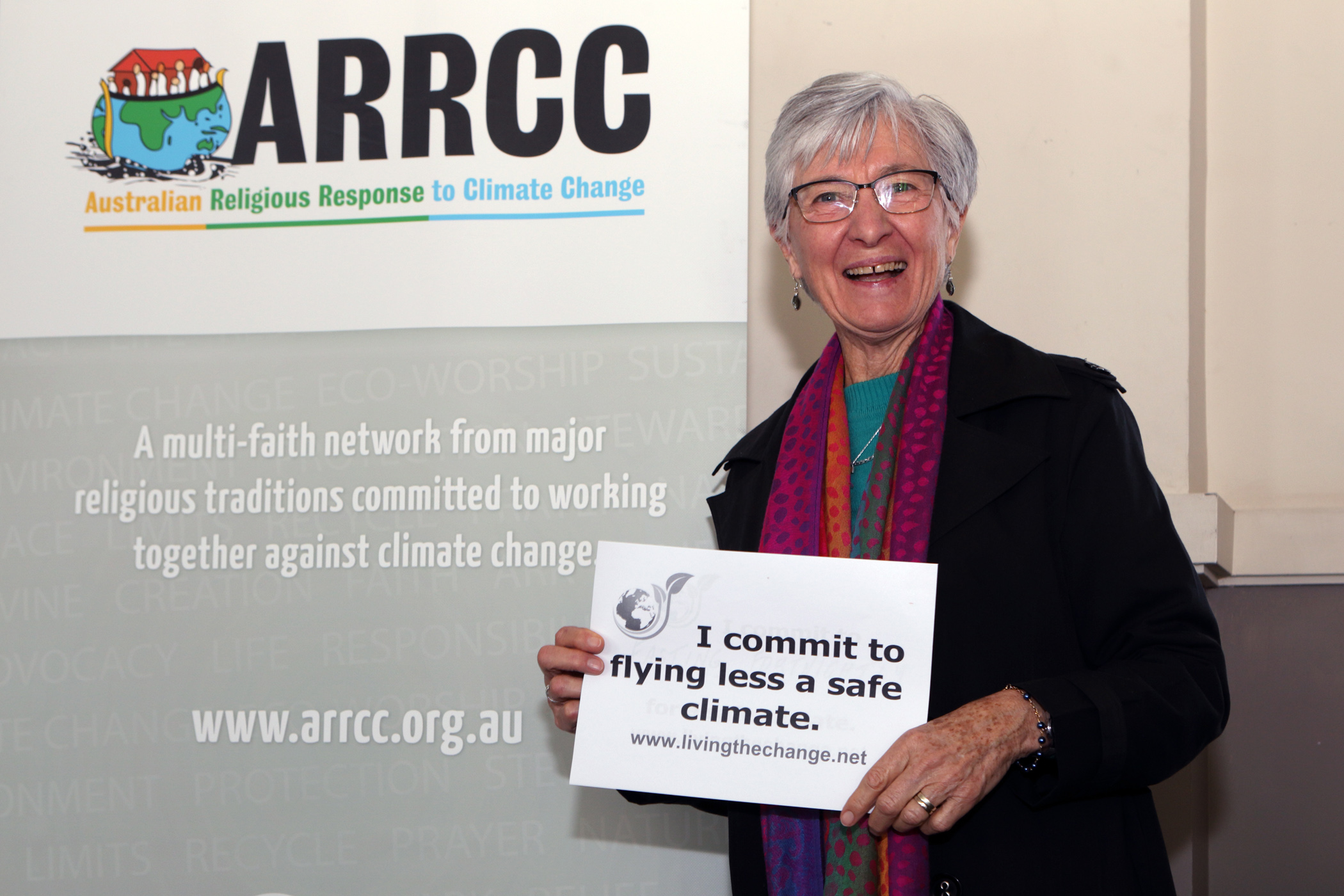