Recently ARRCC organised a delegation of Religious Leaders from a number of states to visit Parliament House in Canberra and meet with the Prime Minister and other politicians about the urgent need for climate action. Following the visit a public forum was held.

Recently ARRCC organised a delegation of Religious Leaders from a number of states to visit Parliament House in Canberra and meet with the Prime Minister and other politicians about the urgent need for climate action. Following the visit a public forum was held. 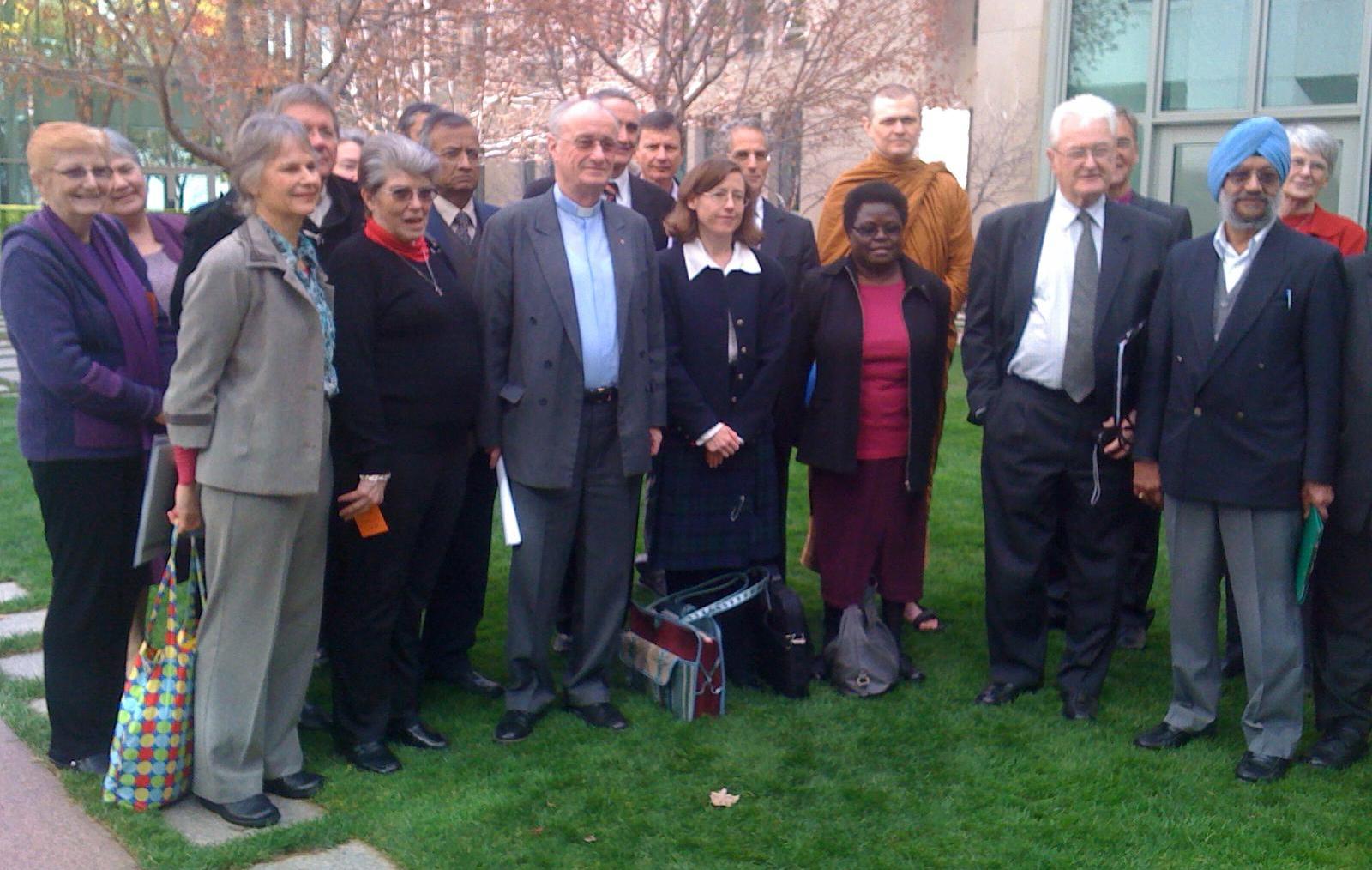 Summary of the event

Over 20 meetings were held with politicians, including with Julia Gillard, Greg Hunt, Andrew Wilkie. The delegation urged the Government and Coalition to carefully consider the structure of a tax on carbon, and to think more broadly about options for reducing carbon emissions. They advocated for public investment and incentives for the creation of renewable energy, stronger mandatory energy efficiency standards and substantial adaptation funding for developing countries. 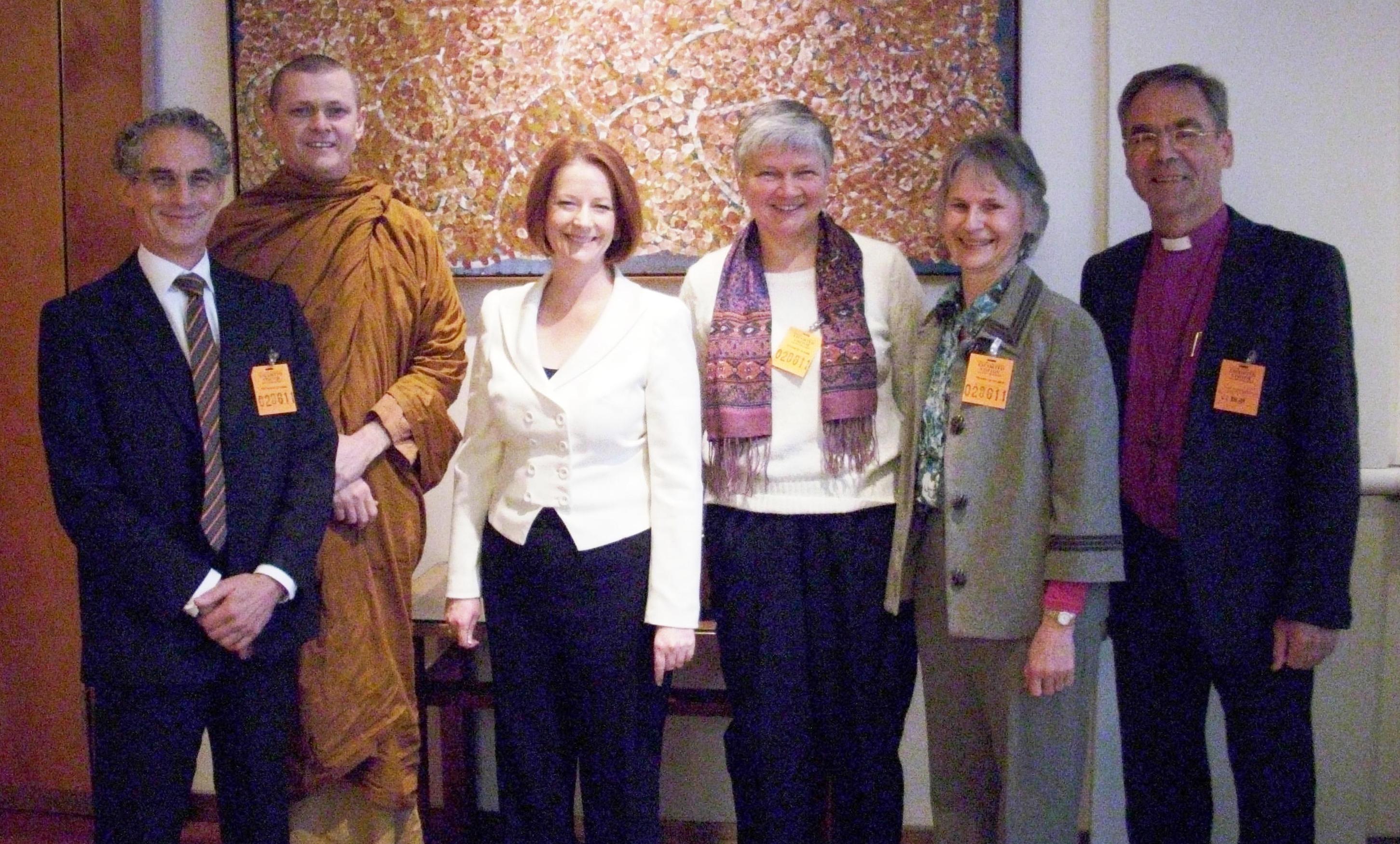 At the meeting with the Prime Minister, delegates congratulated Julia Gillard on her stand to put a price on carbon but insisted it should be only one of a number of measures to bring down emissions. They advocated public investment and incentives for the creation of renewable energy, stronger mandatory energy efficiency standards and substantial adaptation funding for developing countries. They also expressed concern that Australia is not doing enough to finance adaptation in developing countries.

Spokesperson Bishop George Browning (retired Bishop of the Anglican Diocese of Canberra/Goulburn) said: “As a wealthy country Australia can afford a carbon tax, while ensuring low income households are protected from undue hardship. Indeed we cannot afford not to act when the stakes are so high. We are talking about our grandchildren’s future and that of the poor. If we believe the best science available, we are talking about nothing less than the future of life on earth.” However the Prime Minister could only agree with the delegation up to a point. She told the group, “Australia first needs to set up a mechanism to cut emissions, then we can have a discussion about what more and what else.” 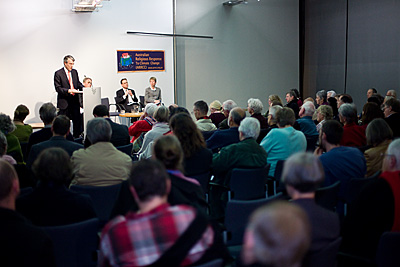 At the public forum, held at the Australian Centre for Christianity and Culture, Bishop Browning opened the discussion with a theological position paper. Respondents were Mark Dreyfus, Parliamentary Secretary for Climate Change, Shadow Minister, Greg Hunt, and Dr Janette Lindesay, a climate scientist. There was unanimity among all speakers that climate change is real and requires us to reduce our emissions.

Mark Dreyfus went so far as to say that climate science isn’t a matter of choosing to believe or not. "You don’t get to choose to believe in, or not believe in, the physics behind the operation of a car", he said. However it was Bishop Browning who conveyed the strongest sense of urgency for action. He said, “The religious perspective is that our well-being is more about a sustainable relationship with our environment and others with whom we share the planet. It is not about economic growth, our capacity to consume or minimising costs of taking responsible action.” He also said, “Our generation has been given humanity’s last chance to avert a climate emergency. Our grandchildren will just have to bear with the results of what we decide to do now.” 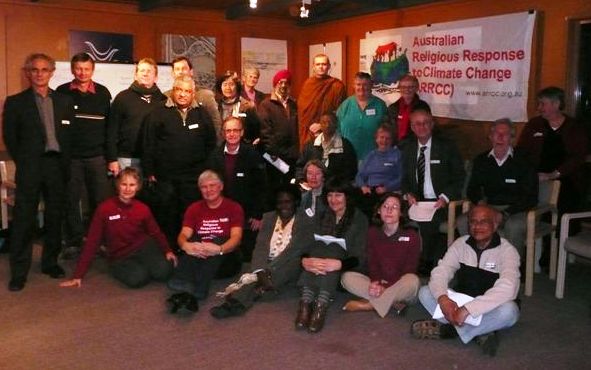 The unity among the religious leaders is noteworthy amid the confusion in the carbon tax debate today and it this commonality amongst the major religious traditions that is a driving force behind ARRCC’s mission.

"I hope that you are delighted with all of this.  You should be.  You did an amazing job.  Thank you.  It was an experience of a lifetime for many of us, I'm sure, and it modelled new ways of working together as faith communities in Australia.  I am sure it will reap benefits for all of us and for our country and planet, even if in many unseen ways. "
- Sr Jan Barnett sosj, representing the Sisters of St Joseph, established by St Mary McKillop

"Thank you for the theological paper and more particularly for all you did to organise the wonderful gathering in Canberra. I think it was a very worthwhile action.  Did you see the photo in the SMH? Great. "
- Sr Margaret Hinchey rsm, representing Catholics in Coalition for Justice and Peace

"Warmest congratulations on a very successful ARRCC event of national importance.  You must be pleased with the media coverage it received.  Your hard work in organising it is highly appreciated. "
- Mr Manjit Singh Gilhotra, spokesperson for the Canberra Sikh Association

"What a superb and significant day yesterday was!  I felt privileged to have a tiny part in it and am sorry I couldn't get back to ACCC in the evening for family reasons.  Friends who went said it was a very stimulating night and came away with more hope about mustering the humanity to turn the complex problem of climate change around.  The leadership of religious leaders is felt by many -- including me -- as an enormous relief, and guidance to follow with the full commitment of heart and mind."
- Dr Glenda Cloughley, Jungian analyst and composer of the mythic story-song about climate change, “The Gifts of the Furies”.

Following the meetings and forum, ARRCC has received significant media coverage. While ARRCC welcomes the media coverage and the opportunity to demonstrate that people of faith care about climate change and want our political representatives to take action, unfortunately some media reports of ARRCC’s views and the views of the gathered leaders have been over-simplified and, in some cases, are inaccurate.

To clarify, present in Canberra were members and non-members of ARRCC, all supportive of strong action on climate change. ARRCC is glad to have been able to facilitate the participation of a diversity of people, and to have enabled them to express their views to our elected leaders and to the media.
As detailed in our official policy positions paper, ARRCC promotes a range of policies, including a reassessment of national measures of prosperity, a transition away from fossil fuels (coal, oil, gas), public investment in renewable energy, Australia massively increasing its contribution to adaptation financing for developing countries, stopping the logging of old growth forests, stricter mandatory energy efficiency standards, and more. We support a well-designed carbon tax, but not an emissions trading scheme as eventually envisaged by the Gillard Labor Government.

Given the current focus of debate in Australia, the religious leaders gathering in Canberra promoted certain principles on which carbon pricing should be based, such as no free permits for polluters, minimal compensation to so-called trade-exposed industries and flexibility such that Australia could rapidly go well beyond the current low targets for emissions reductions. None of these are part of the Government's position. ARRCC is non-partisan, and supports elements of the policies of each of the major parties.