Labor must do better - for all our sakes

It’s true that Labor listens to pro-environmental advocates more than the Coalition ever has, but the Party has a long way to go when it comes to coal mining. In the SMH on 8 Feb, Chris Bowen said that Labor would not block Adani’s Carmichael mine if it wins office. No! This is all the more disappointing because Mr Bowen is the Shadow Treasurer, so a very influential person in the Shadow Cabinet. And he’s not the only influential Labor MP who thinks like this.

Please write to Mr Bowen with this template letter and let him know this is ethically unacceptable!

You are invited to edit the text, knowing your own words would be more effective. If your local MP is Labor, you have the opportunity to cc her/him so they know your views too. 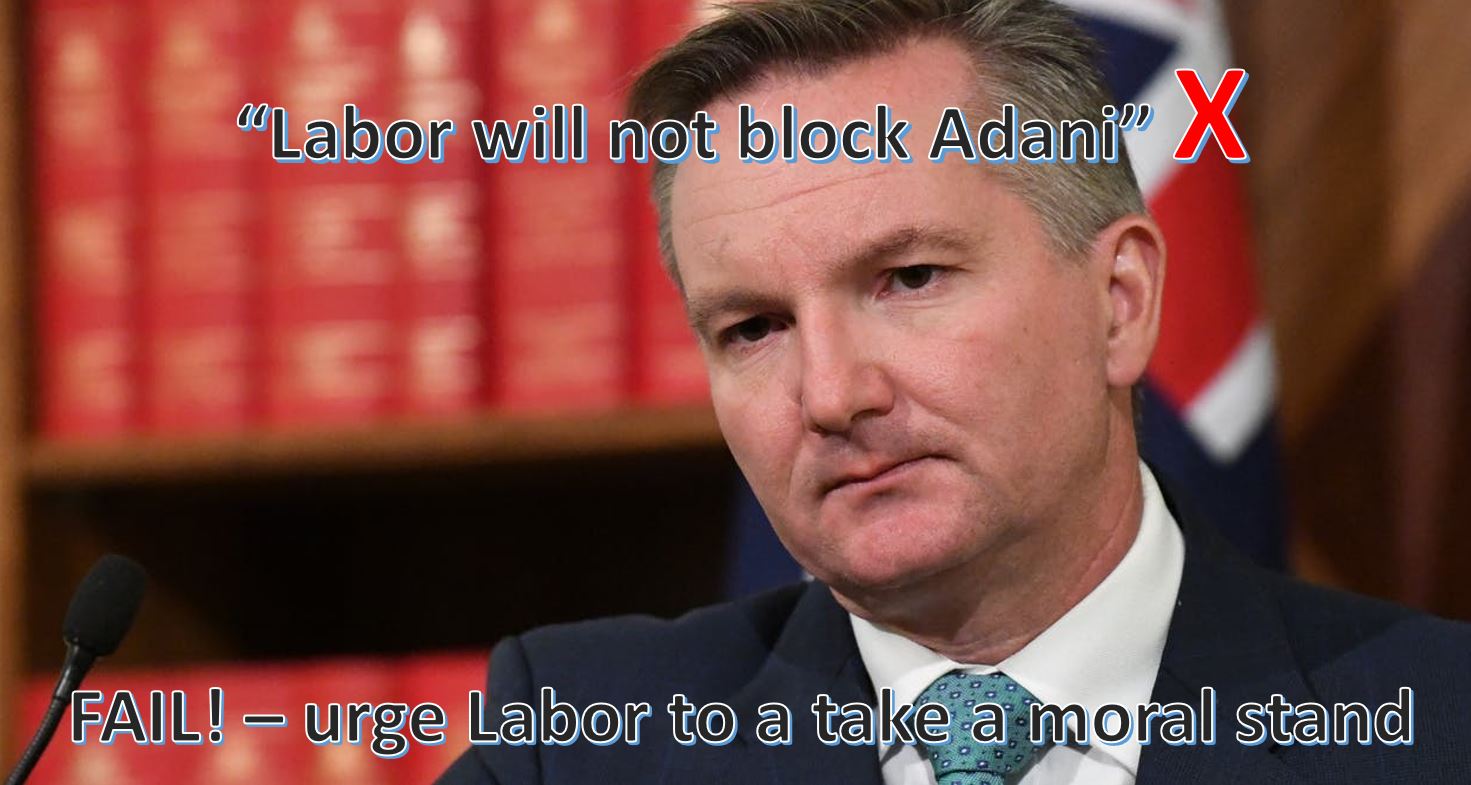 ARRCC is determinedly nonpartisan but we are, by necessity, involved in small “p” politics. As the federal election approaches, it is increasingly clear that one of the two major political Parties pays only lip-service to climate action but fails at every turn to legislate for it. In dialogue with others, strategically we wish to highlight this and, if Labor wins, we want to see them moving away from their tacit support for new coal mines, starting with Adani’s Carmichael project. Labor’s line consistently leaves open the possibility that the project will go ahead, so it’s time to show them publicly that people of faith believe they should take a higher moral stand on the issue.

While Adani is compelled to wait for the outcomes of court cases and has yet to win certain environmental approvals, the company has large sums of money to throw at this fight, so we shouldn’t be complacent.

We are adding our voice as people of faith to those – the kids’ climate strikers, Grey Power, Climate and Health Alliance, #StopAdani groups, scientists and established enviro orgs - who say this election is finally the one where climate is the top concern of voters – or near the top at least! Coal is a major cause of climate disruption and yet Australia profits from the export of this toxic killer!

Here are some options which we are encouraging supporters to pursue:

1. Hold a Funeral for Coal Vigil outside the electoral office of Labor MP’s, preferably strategically important ones, or attend one. Public, respectful prayer and meditation rituals organised by people of faith can carry a serious moral weight with MP’s and the public. There are resources such as a template for the ritual here. For details, see the Facebook pages of Funerals for Coal outside Bill Shorten’s office in Melbourne, and outside Tony Burke’s office and Chris Bowen’s office in Sydney.

2. Put up signs outside of places of worship, which for example say “Climate Emergency. No Galilee Basin coal mines” or “Vote climate. Stop Adani” or the like. To make it easier, we have made signs available through Vistaprint. Would your church or place of worship consider it? Please let us know. The media push will be on April 9th, so please observe an embargo on publicity until then. Alternatively, a small group in the community could be photographed with a sign, and this could go on social media at the time suggested.